11 Mega-Developments in the Works in Chicago 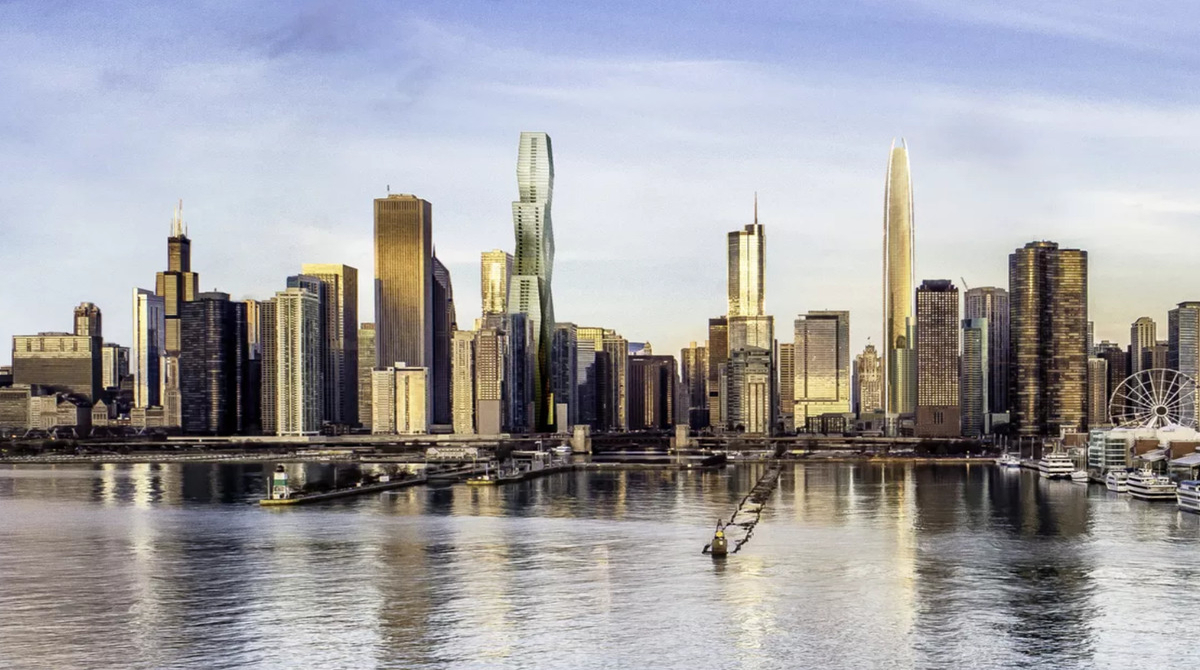 Developers in Chicago have been very busy turning vacant sites, obsolete industrial corridors and vacant historic buildings into mega-developments per Chicago Curbed. Currently there are 11 mega- developments either under construction or in design. The following is a listing of the 11 major projects: 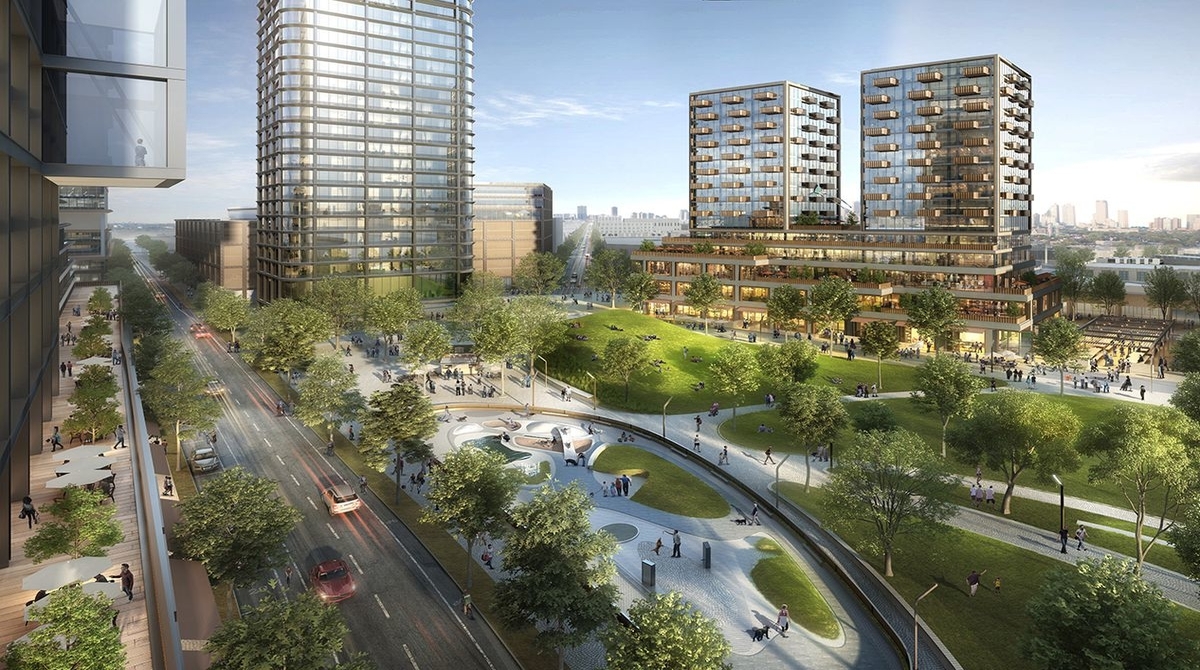 Lincoln Yards is a $6 billion plan to transform more than 55 acres of industrial riverfront real estate between Lincoln Park and Bucktown into a huge mixed-use campus.

Developer, Sterling Bay proposes a 14.5 million-square-feet of high rise buildings providing 23,000 full-time jobs and 6,000 residential units as well as 21 acres of parkland, three new bridges and an extension of the 606 trail. The company has a deal with the city to receive $1.3 billion in tax increment financing. The entire development could take roughly ten years to complete. 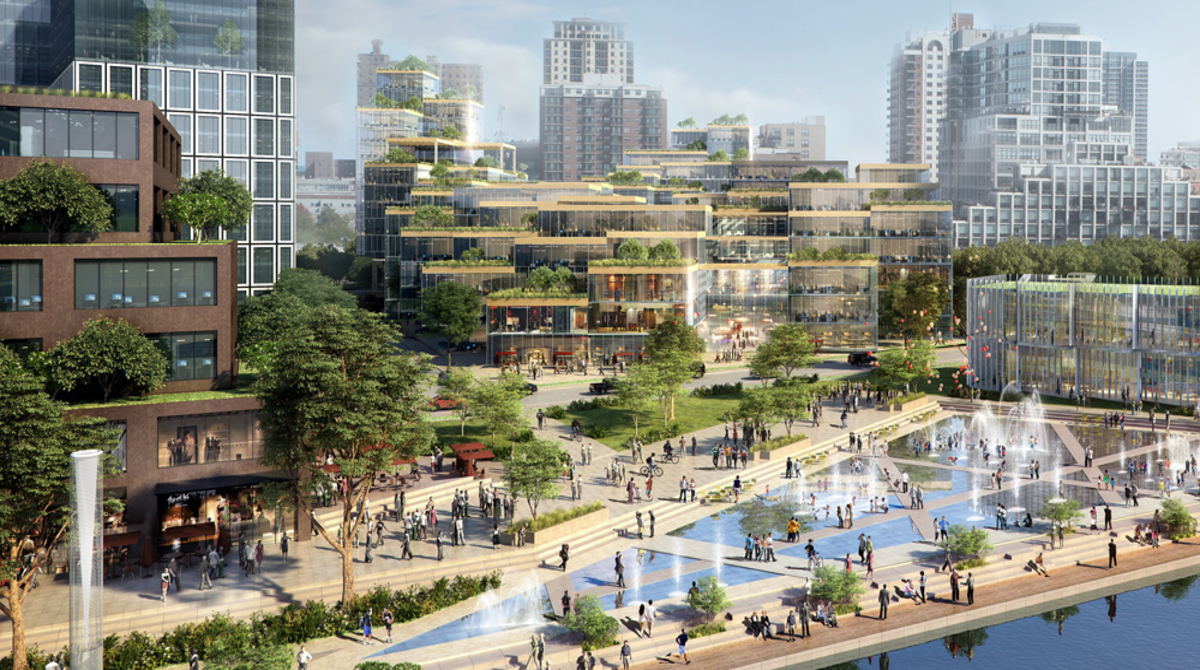 Related Midwest is planning to build a massive neighborhood on the south branch of the Chicago River with a 62 acre mixed-use plan named The 78. It is located between Chicago's South Loop and Chinatown communities and is approved for 13 million square feet of buildings which will house 10,000 residential units and 24,000 workers. The site will also include the University of Illinois affiliated innovation center.

The 78 has its own set TIF-supported infrastructure improvements including a realignment of existing Metra tracks, new streets, a riverwalk and a $300 million Red Line Station at Clark and 15th Street. 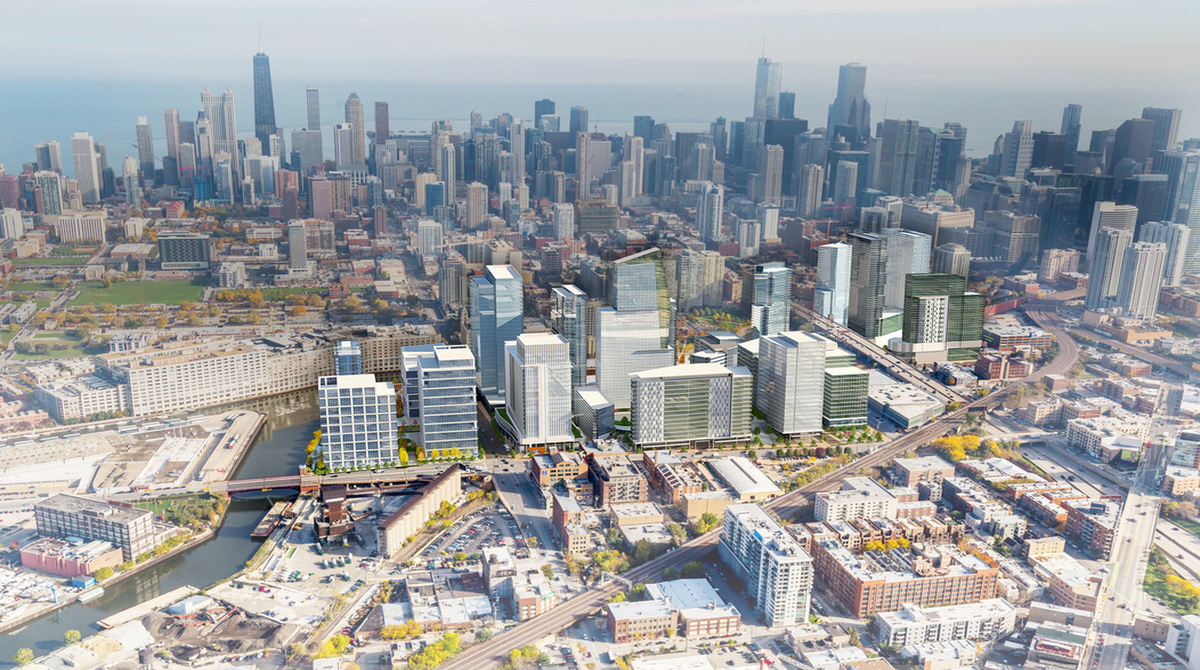 The River District mega-development is located halfway between Lincoln Yards and The 78 on 30 acres of Tribune Media owned land in River West. The 8.5 million square foot project is approved for 14 mixed-use buildings that will include 4,100 residential units and 19,000 jobs.

Tribune Media is looking for a buyer or joint venture partner for this project. Phase one calls for 1,500 residential units in two high rises located between Grand Avenue and the Ohio-Ontario feeder ramp.

Developers Lendlease and CMK both agreed to part ways and split their $2 billion project in half but the  Riverline and Southbank projects will still go on. The site encompasses 14 acres of vacant land along the south branch of the Chicago River between Harrison Street and Roosevelt Road.

The architect is Perkins+Will and so far only one building, a high rise apartment tower known as the Cooper at Southbank, has been completed. The plan will include 3,700 residences spread across eight waterfront towers and blocks of townhouses, commercial retail space, a public riverwalk and water taxi stops. The new riverwalk is currently being worked on.

Wolf Point is one of Chicago's most prominent development sites. It is located at the meeting of the Chicago River's main, south and north branches at 343 W. Wolf Point Plaza. This parking lot will eventually include a trio of skyscrapers.

Wolf Point West is a 485 foot apartment tower that was finished in 2016 and Wolf Point East is a 660 foot rental tower that is now in construction. The final tower will be an 813 foot tall Salesforce-anchored office skyscraper that will be breaking ground in 2020 and is expected to open in early 2023. 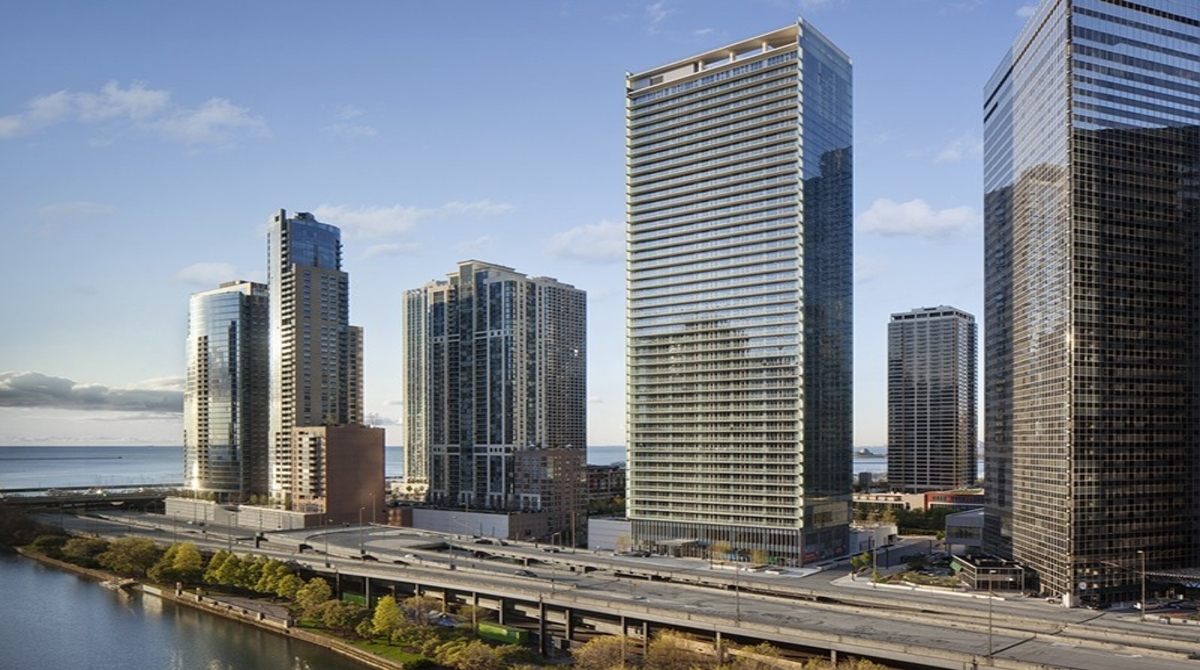 Lakeshore East is a 28 acre development that is five towers away from being completed. Vista Tower is 1,191 feet high and will be completed in the spring of 2020. This is a hotel and residential tower that will be joined by a 47 story condo tower known as Cirrus, a 37 story apartment tower called Cascade and an 80 story residential tower at Parcel I. 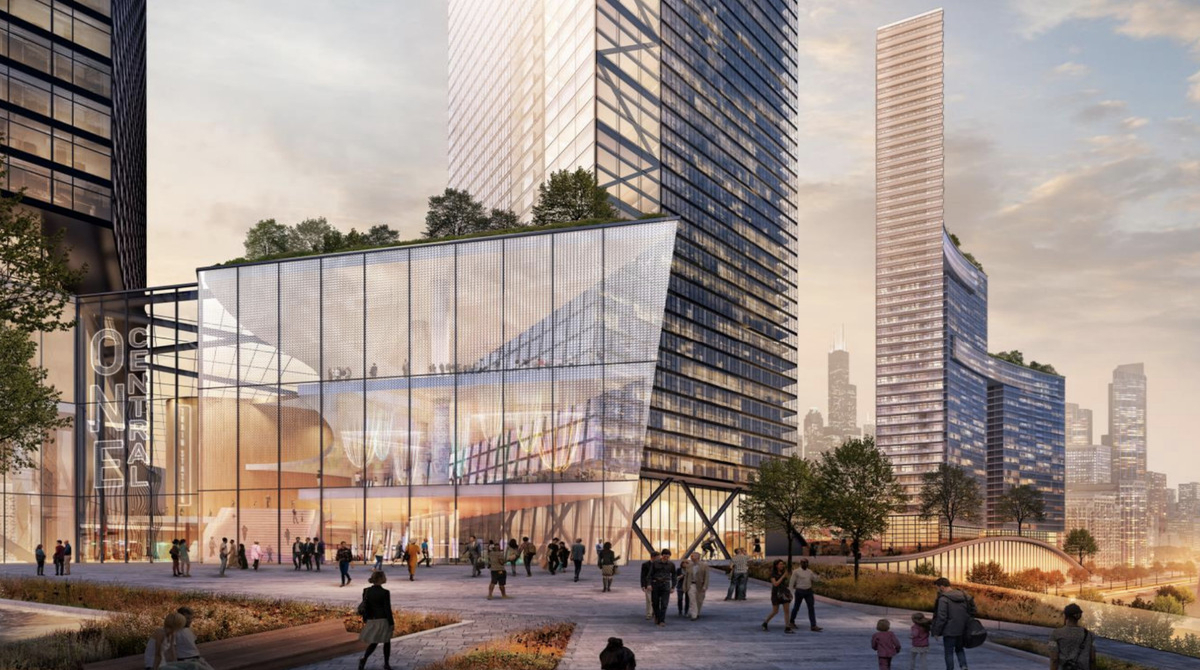 One Central is a $20 billion proposal which includes capping the train tracks west of Soldier Field and building skyscrapers, a transit hub and parks. It is a 34 acre plan that would include a "Chi-Line" tramway that would use the sunken bus lanes between Millennium Park and McCormick Place.

The developer, Landmark, is trying to have the State of Illinois pay for and eventually own the project's $3.8 billion transit center with the new tax revenue it is expected to bring in.

If financing is approved, Landmark hopes to start work on the transit center next year and is hoping for a three year construction timeline. The One Central development could take more than a decade to complete. 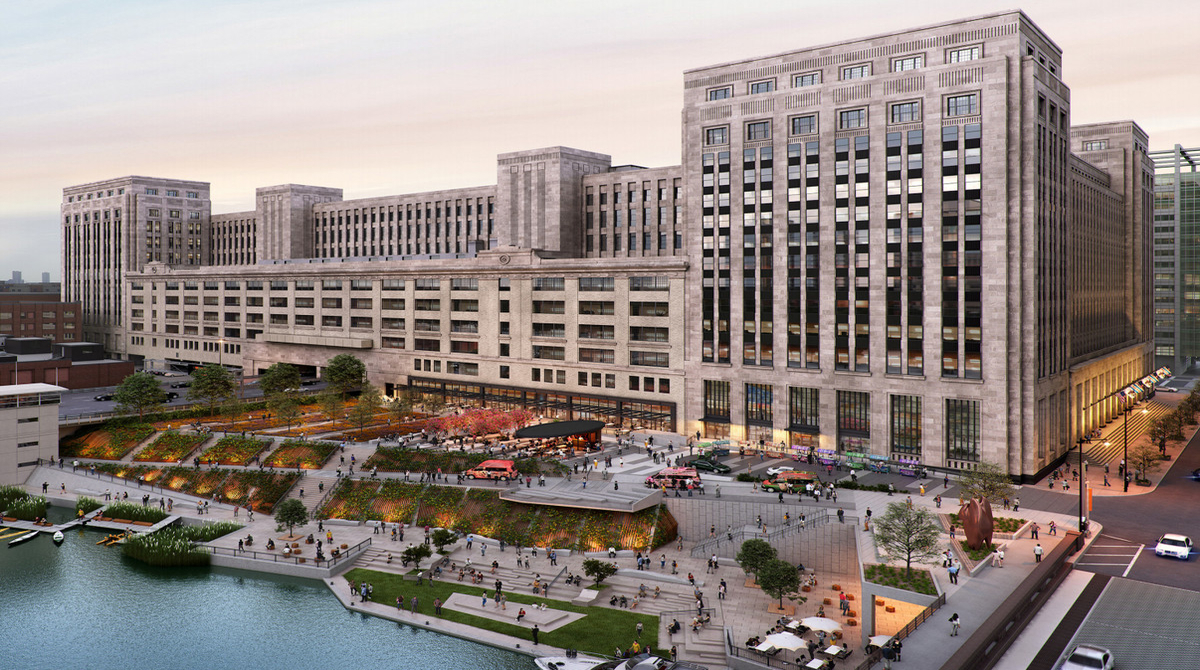 The transformation of the 2.8 million square foot historic building into a brand new office space is the nation's single largest adaptive reuse project currently under construction. The developer, 601W Companies, bought the abandoned post office from the late British billionaire Bill Davies in 2016 and construction started soon after that. Gensler designed the redo and it includes the following:

- Renovation of the Art Deco lobby

Walgreens will be the first office tenant and will be joined eventually by Ferrara Candy, the Chicago Metropolitan Agency, Abelson Taylor and Kroger. Uber is also considering a huge 450,000 square foot lease. 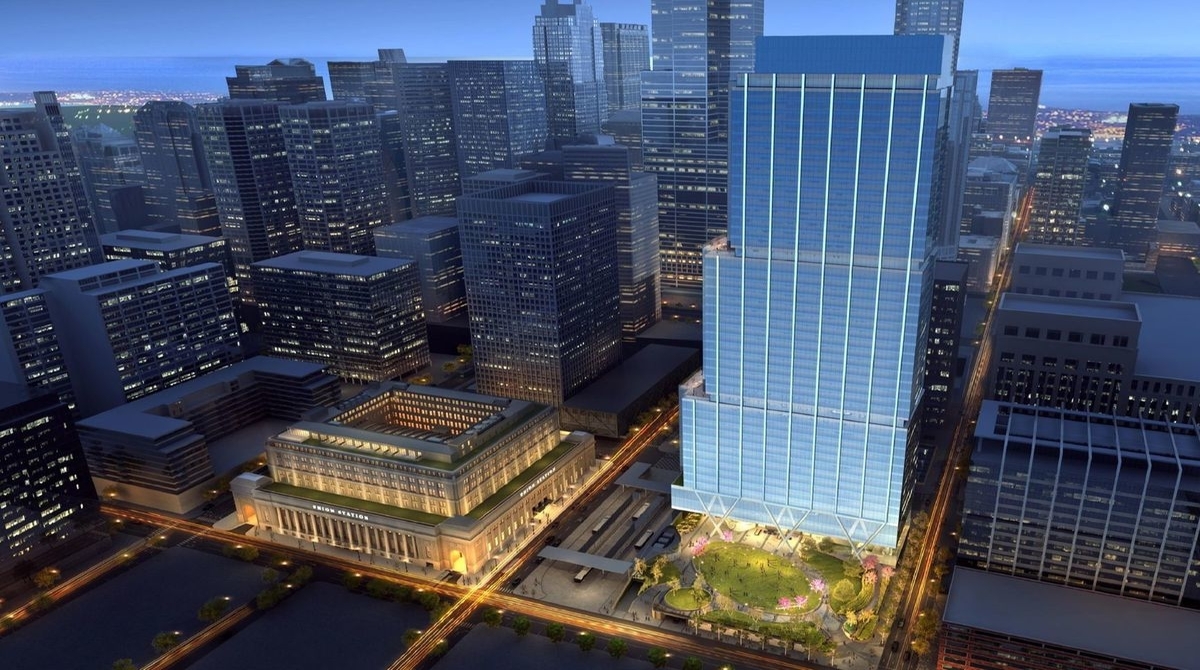 A $1 billion plan is under construction to redevelop Chicago's Union Station and surrounding Amtrak property. Riverside Investment & Development and Convexity Properties are the developers and have scaled back its plan from the original. They are now going for a more conservative design and are converting the unoccupied upper levels of the building into new hotel rooms with only a single-story penthouse.

The plans call for a new 700 foot office tower anchored by BMO Financial Group to rise a block south of the historic train depot. The building is expected to open in 2022 but an existing Amtrak parking garage must be demolished first. 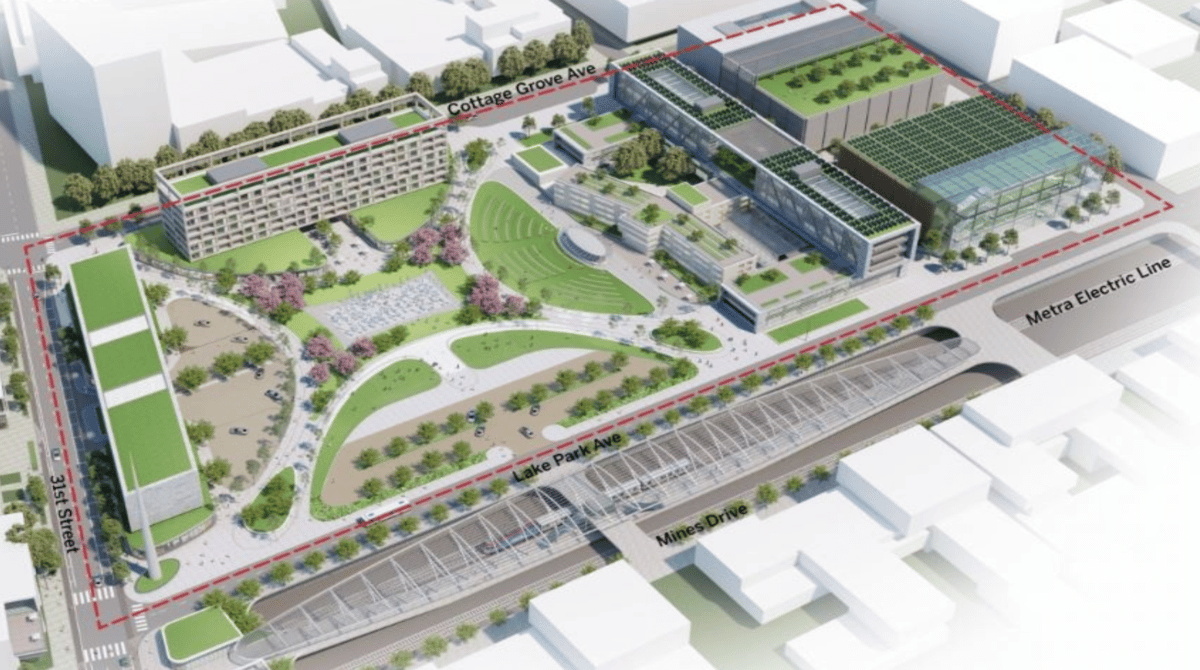 Farpoint Development is planning to revitalize the long-vacant 100 acre Michael Reese Hospital site located at 2929 S. Ellis Avenue.  Farpoint is currently working to shape a conceptual design for Phase One of the plan which will include the following:

City approvals still need to be granted before any work can begin. 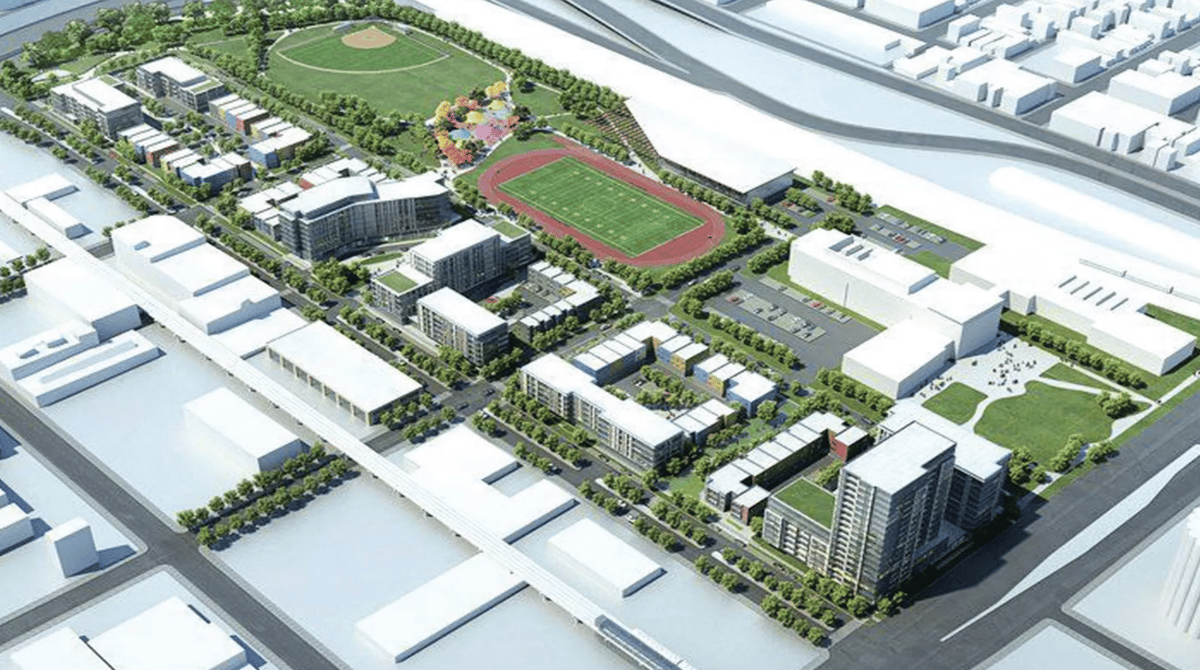 McCaffery Interests (Joint Venture) is preparing for construction on a 11 acre redevelopment which used to be the Harold L. Ickes public housing complex and has already been demolished. It is known as South Bridge and plans will include 900 mixed income residences spread across clusters of townhouses, six-story apartment buildings and a mid-rise tower.

The zoning application states that the project will include 75,000 square feet of retail, public plazas and 270 on-site parking spaces. Construction could start by this summer according to 3rd Ward Alderman Pat Dowell.

DataBid is currently reporting on this project - Union Station Redevelopment (0064053117)