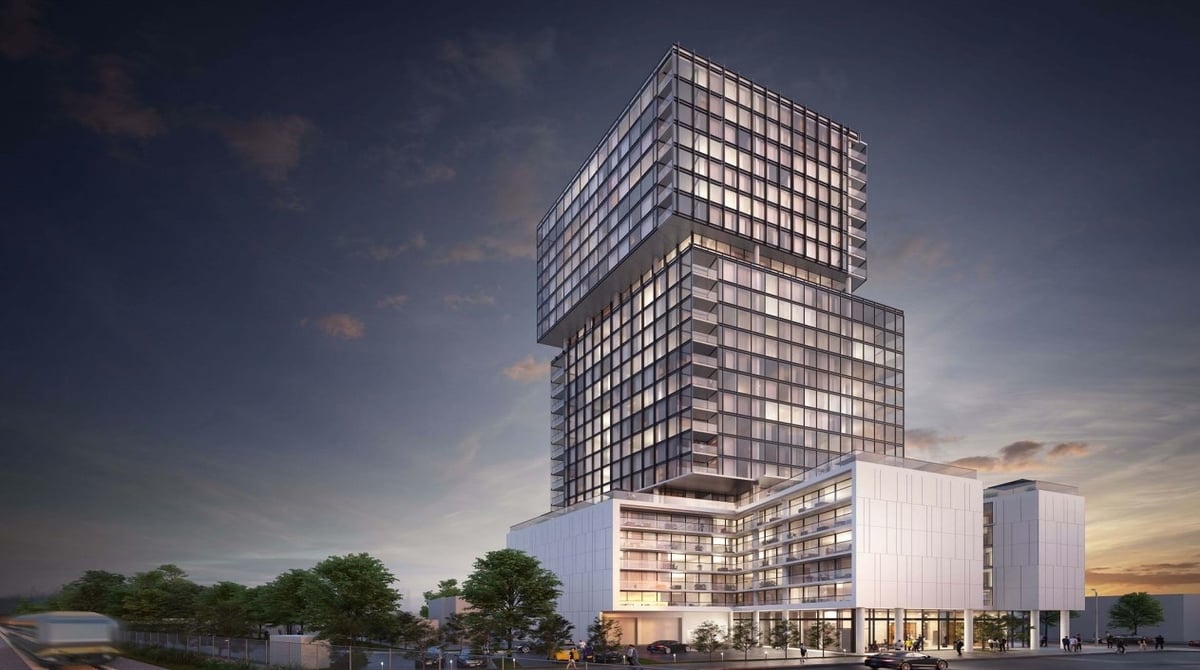 The high-rise residential development at 1695 Weston Road has been completely redesigned by Core Architects for Old Stonehenge Development Corporation. Significant changes have been made since its initial rezoning application was submitted at the end of 2017. (Rendering above is from the 2018 plan submitted by Core Architects to the City of Toronto).

According to an article in Urban Toronto, the following is a list of some of the revisions that have been made:

- Remaining 350.1 m2 dedicated to ground floor retail space which is an increase from the initial submission of 147 m2 of retail

Core Architects is an award-winning group of architects and interior designers based in Toronto and has been responsible for the design of over 160 condominium projects, 55 of which are in the downtown core of Toronto.

Oldstonehenge Development Corporation was founded in 2009 by Michael Dobrijevic and has evolved over the years. They now offer a unique diversified approach and is willing to take advantage of opportunities with various asset classes, including rental apartments, luxury condominiums and hotels as well as the traditional commercial, office and retail developments.