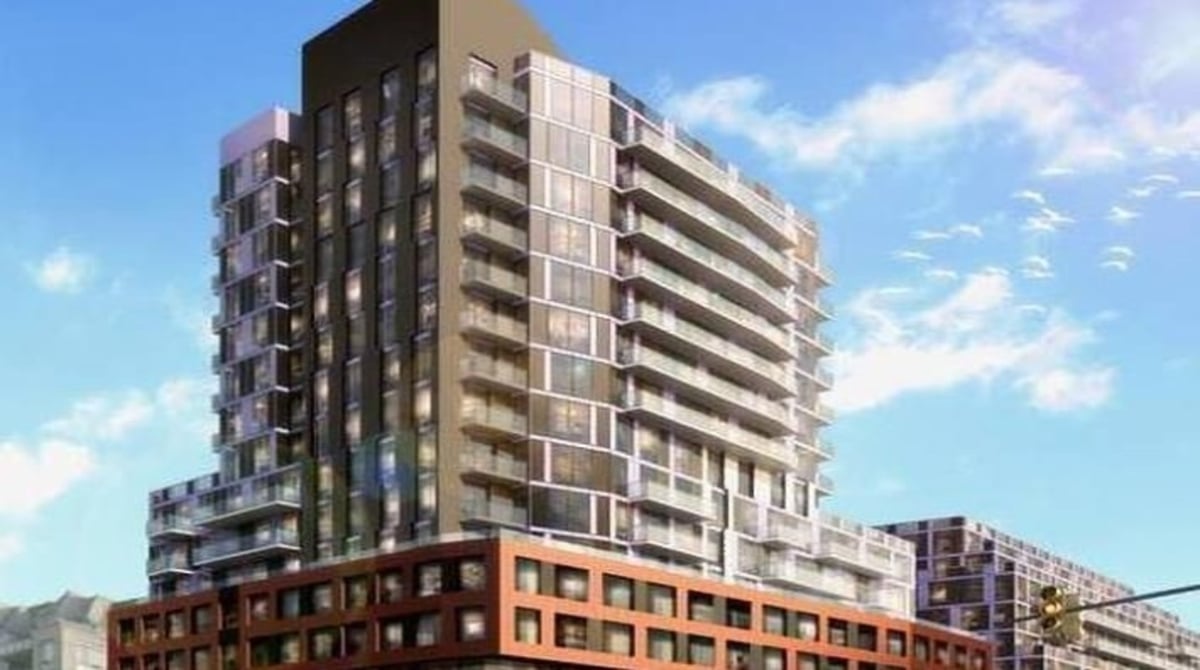 The Sunnybrook Plaza redevelopment at Bayview and Eglinton in midtown Toronto recently submitted an application for Site Plan Approval. The latest changes to the proposal came in response to approval conditions secured in a settlement with the OMB in 2016. The development consisting of two buildings is set to become a purpose-built rental community. Property owner RioCan REIT has teamed up wth Concert Properties per Urban Toronto.

The updated plans come with major revisions by Turner Fleischer Architects who designed this project. The revisions are most notably the buildings' heights and exterior expression and includes the following:

- Revised the 2016 OMB settlement by increasing the amount of gross floor area permitted for the site.

The development is located at Leaside station on the Crosstown LRT which is set to open in 2021.

The residential component would be anchored to the Bayview and Eglinton intersection by 2,761 m2 of retail space lining the main frontage, as well as a mix of office and amenity space. Much of the 1,294 m2 of office space will  be on the second floor of the 11-storey east building in a contiguous space of 1,109 m2 (11938 ft).

Originally, Sunnybrook Plaza was the first of many suburban strip plazas built in Toronto in the mid-20th century. The plaza had opened back in 1952 at the northeast corner of Bayview and Eglinton and has been home to many retailers and businesses over the decades since that. In January 2015, we learned that owner RioCan had redevelopment plans for the plaza and we now have the development proposal designed by Turner Fleischer Architects.

Looking for Details on all Current Commercial Construction Projects in the Toronto Market?