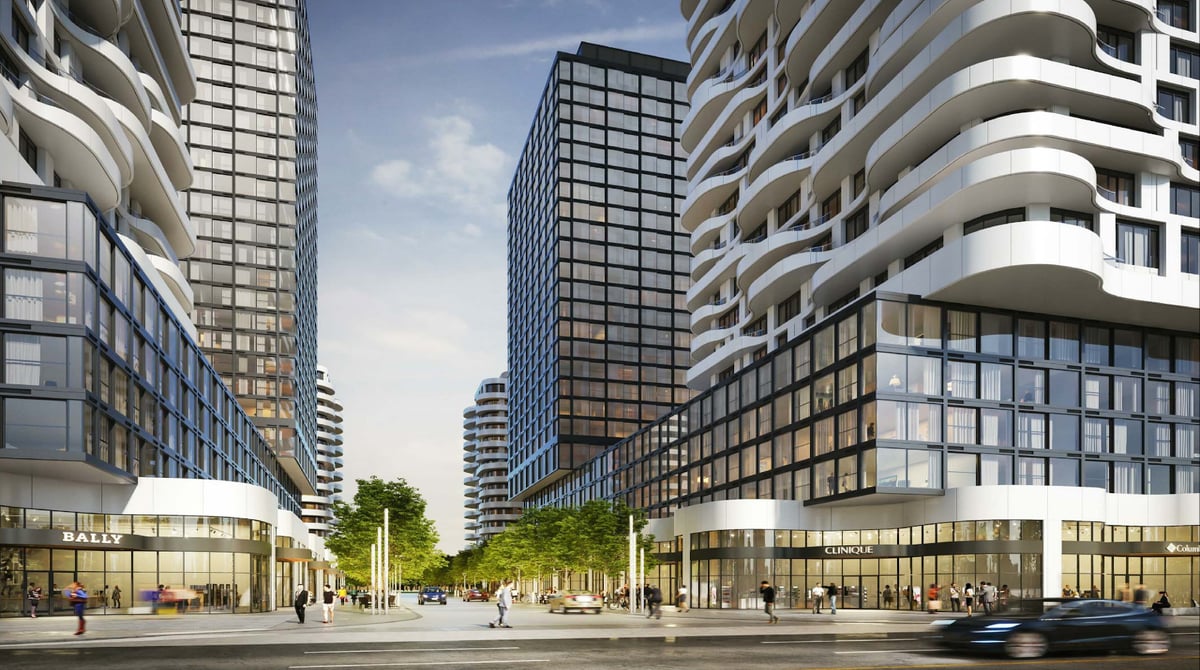 An Official Plan and Zoning Bylaw Amendment application was recently submitted to the City of Vaughan which calls for redeveloping a 5.57 acre property at 180 Steeles Avenue into a massive six-tower development that would house over 2,000 residential units.

Currently there is a U-shaped commercial rental plaza with surface level parking on the property. (Rendering above is by Core Architects via submission to the City of Vaughan.)

Toronto Storeys stated that the proposed development would consists of the following:

The developers for the project are Mizrahi Developments and Constantine Enterprises and the designer is Core Architects. The gross floor area is 161,391 m2 which includes 3,620 m2 of ground level retail use and 145,613 m2 of residential use.

"The towers typically have 850 square meter floor plates with 12 units, which makes slender masses that minimize overshadowing of open spaces. The towers are wrapped with architecturally distinctive strips of balcony. These curvilinear balcony-ribbons soften the profile of the towers, creating an organic sculptural presence in place of the typical boxiness of towers."

The pair of residential towers that will stand 29 and 39 storeys would include the following:

- 2,080 residential units which would be dispersed through all towers

- Space for retail at grade level

- 818 residential units across the podiums and the two buildings

Another two towers standing 35 and 45 storeys atop of a five-storey podium would house 867 of the proposed units. The other two 16 storey towers would hold 179 and 216 units each.

The development would also include:

Each tower would also have a green roof and courtyards located at the northern end of the property and would feature privately-owned publicly accessible spaces. 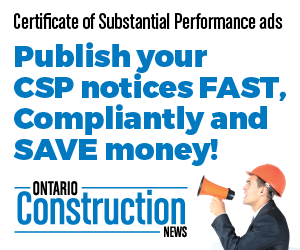