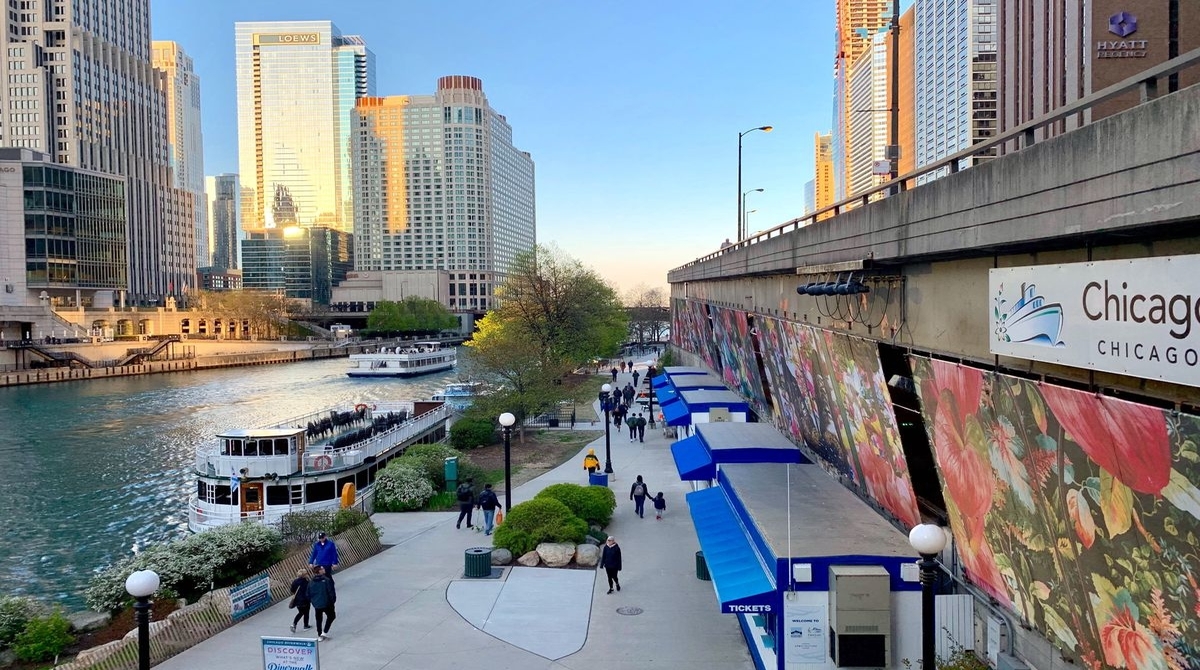 The City of Chicago has announced the completion of the $12 million revamp of the easternmost segment of the Chicago Riverwalk. This is located between Michigan Avenue and Lake Shore Drive. However, work on several aspects of the project are still ongoing. New planters, wood benches, widened concrete pathways and ticketing booths for river cruises are up in place but a lot of the landscaping is still incomplete or missing. This is probably due to the cold and damp spring weather that Chicago has endured. Temporary fencing lines the river's edge and the LED light fixtures have not yet arrived per Chicago Curbed.

The landscaping, missing lamp poles and other finishing touches are expected to arrive in the coming weeks according to the city's Department of Fleet and Facility Management, the entity that manages the Chicago Riverwalk.

Other upcoming elements include the following:

- Return of climbable "PlayCubes" for children

The area's three private vendors will continue to work on improvement projects of their own. When completed later this year, the Northman, Island Party Hut and Urban Kayaks will offer expanded seating and dining as well as new amentities including the Riverwalk East's first public restrooms. 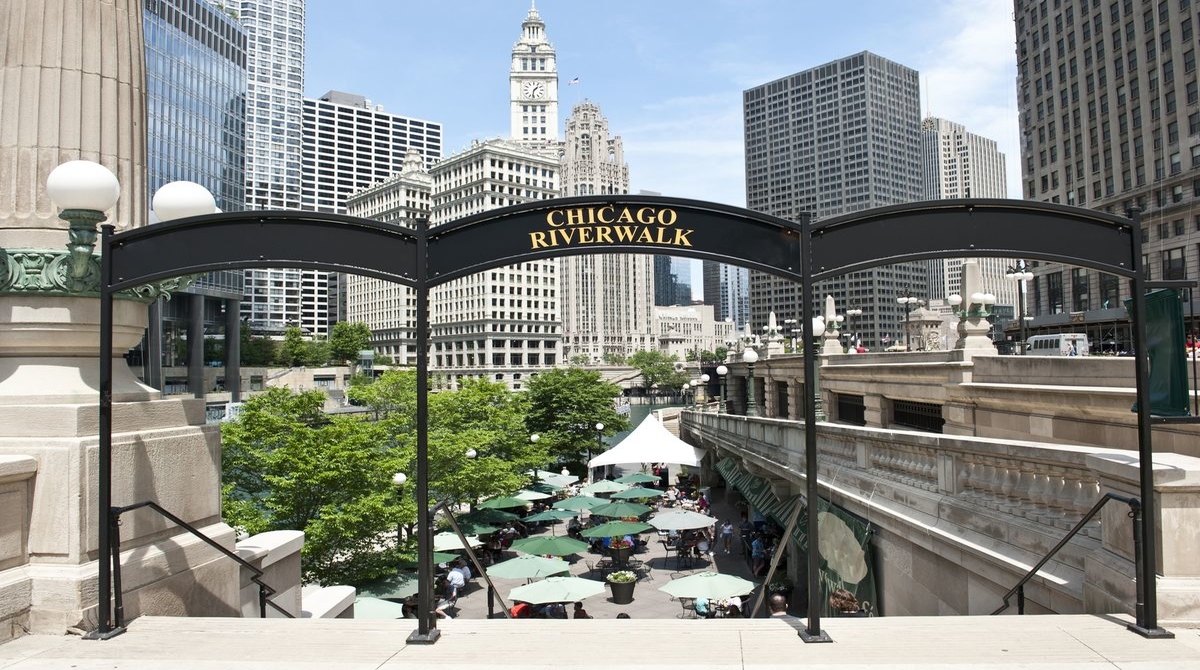 A new crowd-funded memorial dedicated to the Wisconsin-built submarines that passed through the Chicago River on their way to the Pacific Ocean during World War II is already 100 percent complete and a dedication ceremony is set for 11 am on Saturday, May 18th.

The reopening of the Riverwalk East is welcome news for the pedestrians and cyclists that use the path as a useful link between downtown and the Chicago Lakefront Trail. The Chicago Riverwalk between Michigan and Wabash avenues will unfortunately remain closed until a new vendor marketplace opens in late June.

According to Chicago CBS Local, Margret Frisbie, of the Friends of the Chicago River, stated that there has been economic return on investment from people spending money and the riverwalk is economy building with jobs and new businesses.

"It's becoming a recreational site and the riverwalk is a piece of that whole effort to bring the Chicago River and the residents of Chicago back together. The Riverwalk costs the Chicago tax payers zero." "We've generated with zero down payment from the Chicago taxpayers, close to about $4 to $5 billion in investment along the river. I'd do that trade any day of the week. Zero down, $6 billion back."

Per the Chicago Sun Times, the Riverwalk East investment includes the following:

By 2020, the Riverwalk will include a Weather Station, a new piece of public art by the Chicago-based team Inigo Manglano-Ovalle and Bill Baker.

The entire Riverwalk which is 1.25 miles, will look and feel like one space now. Construction for the last piece of the promenade began in December. With the addition, the Chicago Riverwalk will now stretch from Lake Street to Lake Shore Drive.