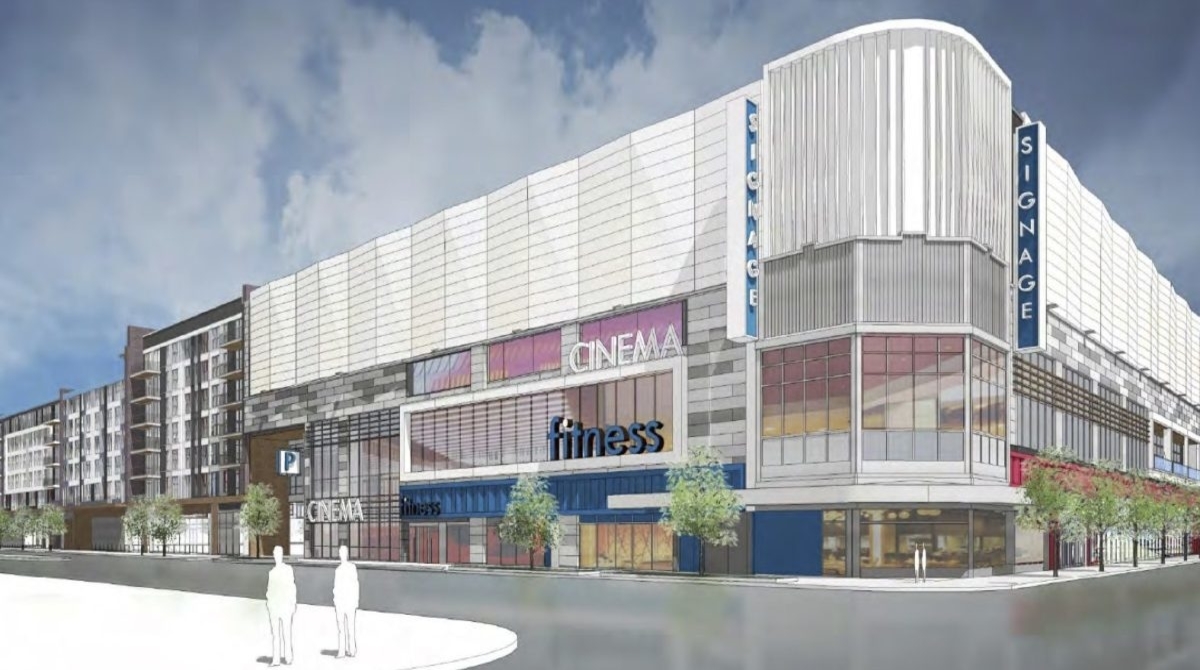 Seritage Growth Properties and Tucker Development Corp have proposed the redevelopment of the former Sears property at Six Corners. They plan to renovate and expand the 81 year old Art Deco structure and build a 10 story apartment building nearby which would add 434 rental units to the neighborhood according to Block Club Chicago.

Alderman Jim Gardiner stated that he is excited about the latest plan because it could be a shot in the arm for the business district of Portage Park. But he did indicate that it could use some tweaking.

The developers would like to preserve the old Sears building, including its street-facing facade and add onto it. A second structure near the intersection, the old Sears Auto building, would be torn down and replaced with a 10 story building.

According to the plans, 434 total units would be built between both buildings and would also include 13 townhomes at the site of the old auto building.

The Sears building is located at 4730 W. Irving Park Road. This would be saved and modified to include the following:

- Total of 790 parking spaces for the two buildings

- A pool and an outdoor green space between the two buildings

The facade that faces the intersection of Milwaukee Avenue, Irving Park Road and Cicero Avenue would be preserved.

A previous version of the plans had also included a movie theater but due to the uncertain future of that industry, they decided to forego it.

All of the housing will be rental units. The apartments would be a mix of studio, 1-bedroom and 2-bedroom units.

Only 11 of the 434 rental units would be affordable, or 2.5 percent of the total on-site housing. The developers said they would contribute $4 million to the city's fund, which is used to build affordable housing elsewhere in the city.

The businesses that are being attracted for the first-floor storefronts would include restaurants and retail.

The huge Sears at Six Corners opened in 1938 and was an anchor of the business corridor for decades. In July 2018, the store sold off the last of its inventory and fixtures.