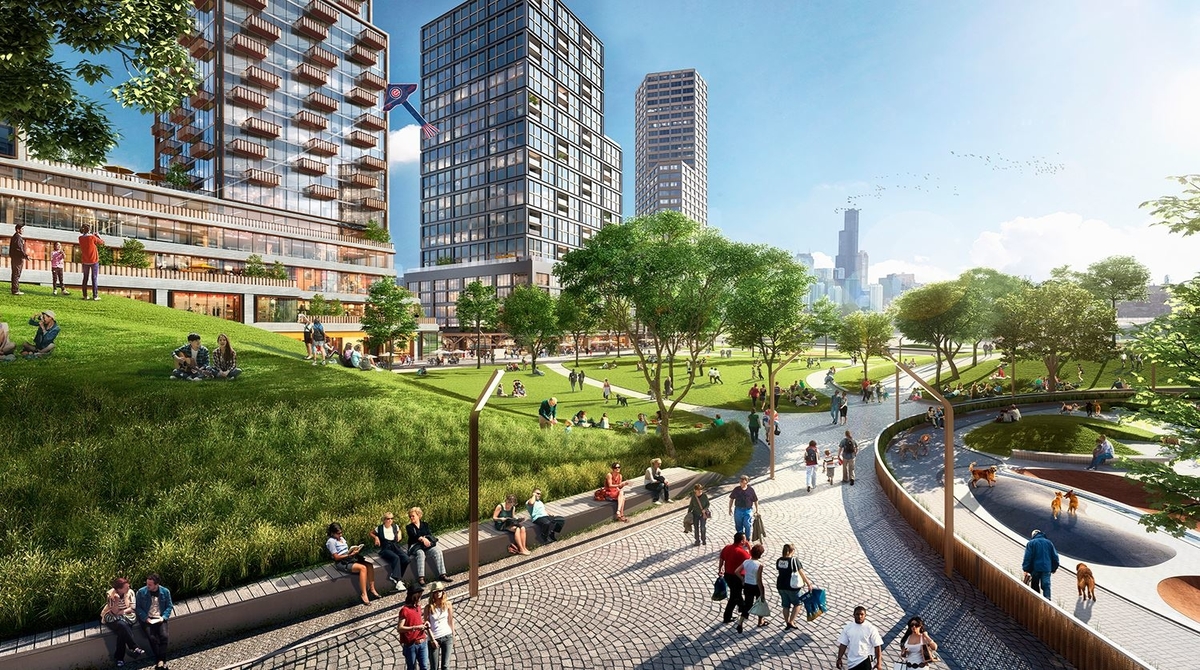 Block Club Chicago reports that the decision to build for the biotech industry was influenced by a surge in demand according to Sterling Bay spokeswoman Julie Goudie.

In Lincoln Park, Sterling Bay's newly redeveloped medical research facility at 2430 N. Halsted Street is already at more than 50 percent capacity. The property was purchased by Sterling Bay from Lurie Children's Hospital in 2018. Just this week, biotech company Evozyne joined Exicure and Vanqua Bio in signing a lease at the Halsted Street building.

The new Lincoln Yards building will meet the demand for established companies like Evozyne, and for those that need laboratory space to grow their startups.

The biomedical and biotech sectors accounted for 44 percent of $877 million in funding raised by 942 startups spun out from Illinois universities between 2013 and 2017 but the number of local facilities for clinical testings has not kept up.

In 2018, the 12.5 million square feet of commercial lab space in the Chicago area was only 1.2 percent vacant. In comparison, the vacancy rate in Boston was 4.5 percent.

The Lincoln Yards development is a $6 billion mega-development along the North branch of the Chicago River and encompasses both Bucktown and Lincoln Park.

The Lincoln Yards TIF district, which is named the "Cortland and Chicago River TIF", will generate at least $900 million to cover the cost of infrastructure projects to pave the way for Lincoln Yards to be built.

- New bridges over the Chicago River

- An extension of the Bloomingdale Trail

An article in RE Journals states Evozyne is a portfolio company of Paragon Biosciences that is combining breakthroughs in computational modeling, artificial intelligence and machine learning to create novel, uniquely functioning synthetic proteins with new precision and efficiency.

"Evozyne's new laboratory facility in Lincoln Park is part of a growing life sciences hub in Chicago that is driving so many meaningful innovations. Alongside partners like Sterling Bay that are investing in the city's future as a leader in life science research, Evozyne is positioned to elevate Chicago's status by addressing today's most pressing challenges across a variety of industries including agricultural, bipharmaceutical, industrial, energy and environmental."

According to Crain's Chicago Business, if Sterling Bay can help cultivate life sciences companies in Lincoln Park and move them to the Lincoln Yards facility as they grow, it could help give the $6 billion megaproject a shot of momentum. The developer won City Council approval last year for the 14.5 million square foot project between Lincoln Park and Bucktown but needs to sell its vision to companies to anchor a sprawling new riverfront development.