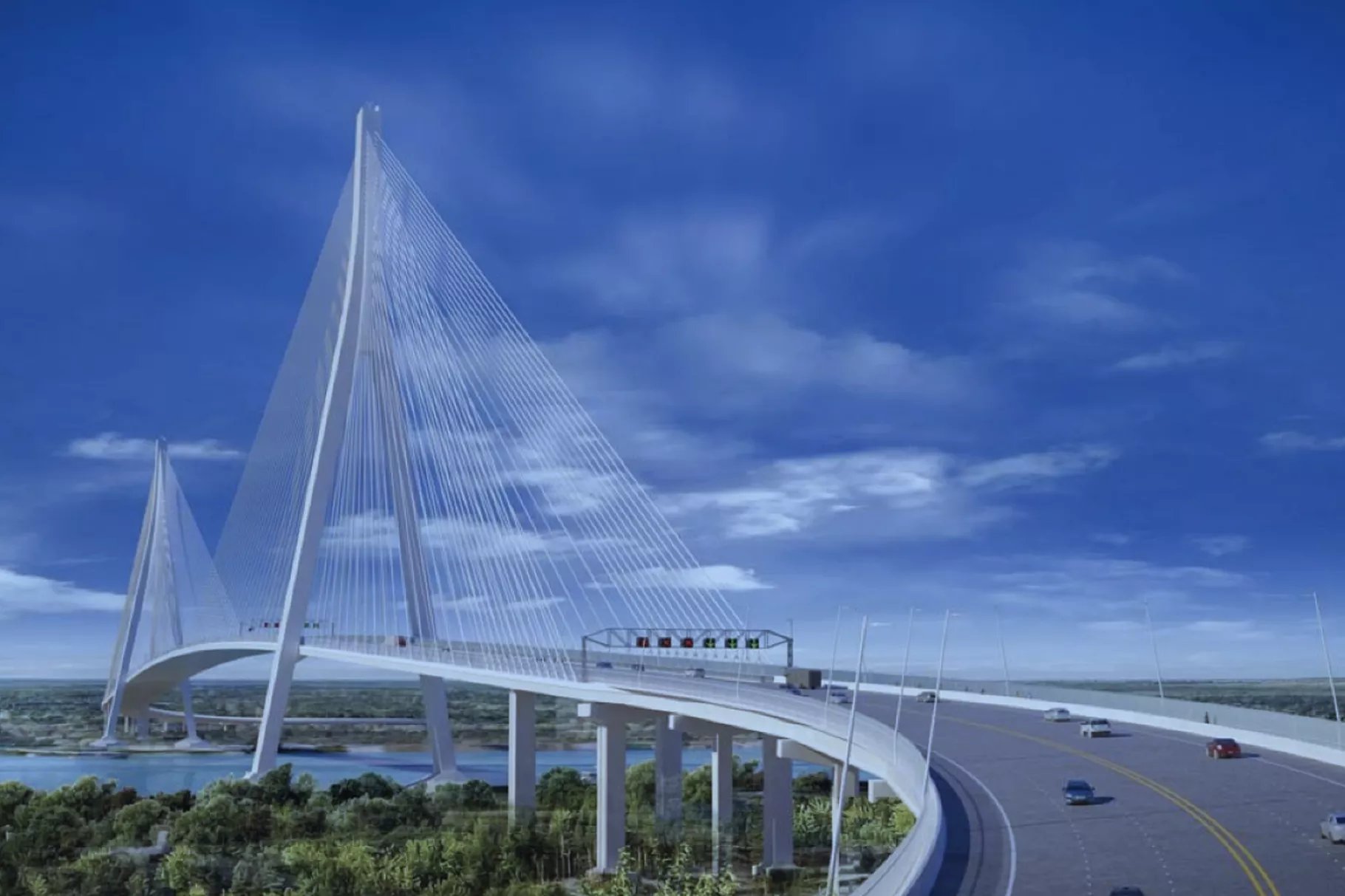 The Windsor-Detroit Bridge Authority announced Friday that construction on the $2 billion Gordie Howe International Bridge connecting Detroit to Windsor, Ontario will start in the summer of 2018. The project will be financed by Canada and is allowing Michigan to pay its share through future revenue from toll collections.

DataBid is now reporting that Bridging North America has just been selected as the preferred proponent for the Gordie Howe International Bridge project. This group consists of Fluor, AECOM, Turner Construction and ACS Infrastructure Canada. Cost estimates are expected to be as high as $4.8 billion Canadian dollars ($3.7 billion).

Bridging North America will handle the design, building, financing and operating and maintaining the cable-stayed bridge in this public-private partnership. The Windsor-Detroit Bridge Authority stated the following elements for choosing this team:

The authority is looking for a financial close by the end of September and will negotiate the contract's details in the meantime. Once the financial close and the official awarding of this contract is finalized, the authority will announce the projected cost along with schedule and design elements. The bridge will encompass six lanes in an attempt to create redundancy at the border and ensure the free flow of trade between the U.S. and Canada.

The Windsor-Detroit Bridge Authority has dispensed $86 million in pre-construction contracts in the past year to Prysmian Cables and Systems Canada, Valard Construction and AMS, which is a joint venture between Amico Infrastructures and Mid-South Contractors. They have also entered into a $61 million agreement for engineering services with Parsons which took place at the beginning of this year. Construction is expected to start some time in September.

The authority also stated that Canada and the U.S. have both agreed that the project will utilize steel, iron and other goods purchased from the U.S. and Canada. There has been no news as to how the new tariffs imposed by the U.S. and the countermeasures imposed by Canada will affect this project. Land acquisition on the U.S. side of the bridge is also a hurdle that has to be dealt with. $22 million has been paid by the authority for 351 properties but that embodies only 60% of the property that is needed for this project. The total necessary is 637 parcels valued at around $370 million.

Another confronting problem is the fact that the owner of the current U.S. to Canada Ambassador Bridge, Manuel Moroun, has sued to stop construction of the new bridge and has contemplated building a new bridge himself. The current bridge handles roughly 25% of trade traffic from the U.S. and Canada. If there is a problem with Moroun selling a 42 acre piece of land to the authority, the Michigan Department of Transportation could seize it under eminent domain laws and then the price will be determined by the courts.

In February, Canadian Prime Minister Justin Trudeau and President Donald Trump proposed a joint statement that called for an acceleration in the schedule of the construction of the bridge. Even though Canada will be financing the bridge, Michigan Governor Rick Snyder has requested funding from the Trump administration to pay for the U.S. side toll plaza which would amount to an additional $250 million cost.

According to the Detroit News, the authority is expecting this project will create thousands of construction and operational jobs on both sides of the border. The Howe bridge will include a second highway link for heavy trucks at the busiest U.S. to Canada crossing point.

Canadian federal contributions of about $2 billion have gone toward the Herb Gray Parkway which provides access to the bridge. This money has also gone towards property acquisition, preparation and utility relocation on the Canadian side.

The authority is projecting a four year time frame for the completion of the bridge which will extend from Zug Island to historic Fort Wayne. Mark Butler, a spokesman for the authority said, "Original estimates for the bridge were based on anticipated construction costs only, and are now a few years old."

Databid Inc. Project No. 0046072015, consists of design, build, finance, operate and maintain the Gordie Howe International bridge project. The bridge project will address four regional transportation needs at the busiest trade corridor between Canada and the United States. It will provide a new crossing option, highway-to-highway connections, modernized border processing facilities and capacity for future traffic growth. The new bridge will make it faster, simpler and safer for both people to travel and goods to flow between Canada and the United States, enhancing trade and tourism. The new six-lane bridge will be an essential addition to the busiest Canada-U.S. commercial land border crossing.  It will provide important benefits for residents of Windsor, Detroit and neighboring communities by reducing commercial traffic on their streets and creating new economic opportunities in their communities.