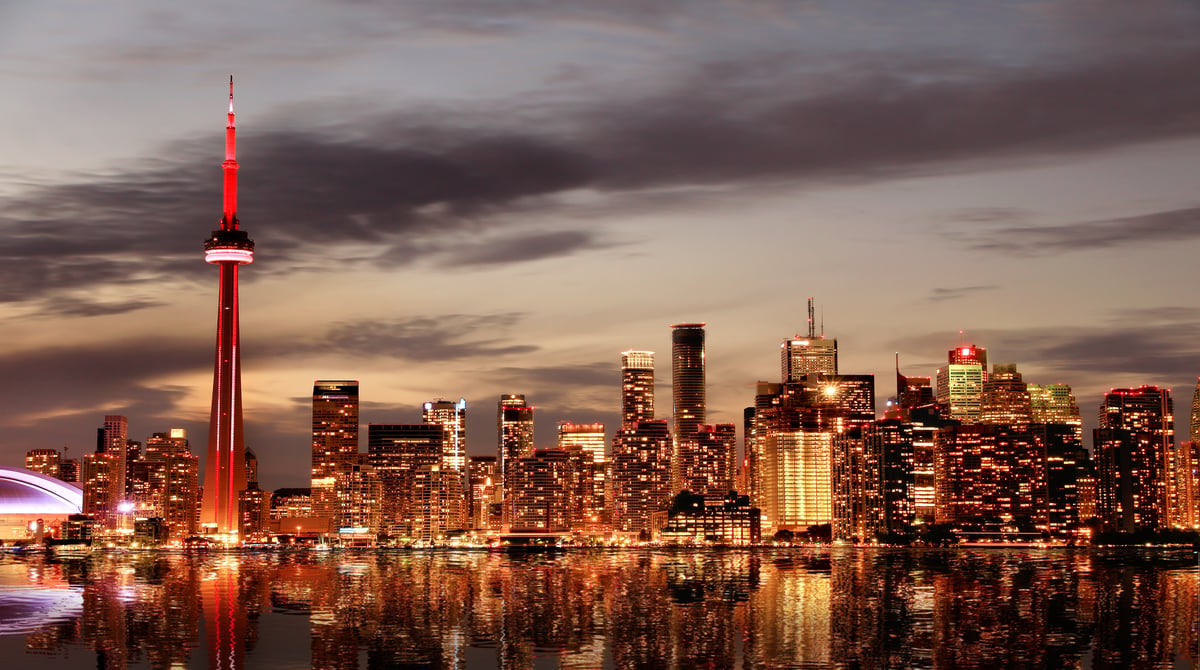 With over $29,000,000,000 invested in Canada's top 5 projects, the country is experiencing record investment in creating and improving public sector infrastructure and developing commercial construction projects to provide a foundation for Ontario's growing economy.

The following projects are at different stages of development, either currently in the pre-design or schematic design stage.

Below, in order of projected value, are the five largest projects in Ontario:

This project is located in Toronto and is currently in pre-design. Project value is estimated at $11,000,000,000 in Canadian dollars.

According to CBC News, the Ontario Line will include a new 15-kilometre line stretching from Ontario Place to the Ontario Science Centre in Toronto. This is meant to replace the proposed downtown relief subway line and will double the length of what the City of Toronto had envisioned earlier.

The proposed light rail line will run mostly underground with the potential for an elevated track along certain portions of the route, like crossing the Don River. The project is expected to be finished in 2029 or earlier and will include the possibility of driverless trains.

This project is located in Markham and is currently in schematic design. Project value is estimated at $6,600,000,000 in Canadian dollars.

Per Buzz Buzz Home, Panda Markham will be Lifetime Development's first development proposal in the City of Markham. It will be located on a 5.78 acre site at 8200 Warden Avenue and will feature a vibrant, mixed-use community that will provide the city of Markham with much needed housing.

The condominium community will include five residential towers with retail on ground level. It will have a total of 2,206 units.

This project is located in Toronto and is currently in schematic design. Project value is estimated at $5,000,000,000 in Canadian dollars.

According to Global News, the Yonge Subway Extension would be 7.4 km and will connect Toronto to Markham, Vaughan and Richmond Hill.

This project will reduce commute times and relieve traffic congestion for commuters. It will complete a critical missing link in the regional rapid transit system of the GTHA, making an easy and seamless connection between regions. This aligns with plans for growth and rapid transit and will integrate with the GO Expansion with the objective of providing a transportation hub at Yonge and Highway 7.

This project is located in Toronto and is currently in pre-design. Project value is estimated at $3,900,000,000 in Canadian dollars.

Per BlogTo, the subway will run from Kennedy station to a terminus station on Sheppard Avenue East but there are no concrete details as to when work on the subway will begin as there have been a great deal of disagreements between the Transit Commission and the Government.

The Scarborough subway isn't expected to be built until at least 2029 or 2030, leaving only buses as a means of public transit for at least three years.

This project is located in Toronto and is currently in the schematic design stage. Project value is estimated at $3,500,000,000 in Canadian dollars.

According to Toronto Life, Union Park will be a massive 4.3 million square foot development which will be the largest in Toronto's history.

The plan consists of four towers just north of Rogers Centre and the CN tower. Two of the towers, at 58 and 48 storeys tall, will have office space inside. The other two, at 54 and 44 storeys, will have about 800 rental units, an integrated daycare and 200,000 square feet of retail space.

Oxford Properties also plans to permanently alter part of the railway corridor north of the CN Tower. Plans call for building a deck over the tracks and then on top of the decking, install a new two-acre park.