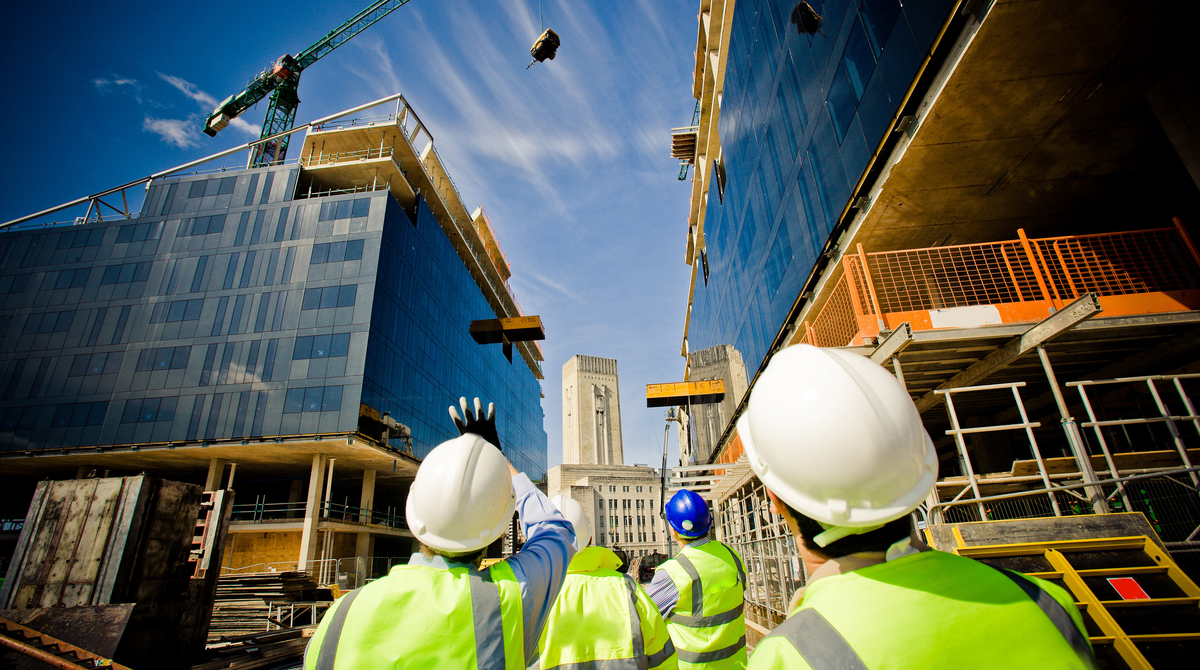 The construction industry in the Chicago area seems to be doing business as usual while taking extra precautions with hand washing stations and sanitizing machines available for its workers according to Crain's Chicago Business.

Governor Pritzker of Illinois announced Friday that the state of Illinois will be under a stay at home order starting this weekend but feels that the construction industry should be allowed to continue working.

"Government officials at all levels should treat the construction industry and the work it performs as vital and essential to the critical industries that must remain in operation. Construction workers provide an invaluable economic service, maintaining and improving the nation's infrastructure, including critically important energy and communication systems, roads and bridges and social infrastructure, including police, fire and health care facilities. Construction workers' unique skills are essential now and in the coming weeks to construct, maintain, and repair critical infrastructure and to build temporary health facilities and retrofit and expand existing ones."

Per the Chicago Tribune, even though some contractors are fearful that the coronavirus threat will cause problems for the construction industry, work is still ongoing in the state of Illinois.

Magellan is in the late stages of building what will become Chicago's third tallest skycraper, the Vista Tower. Magella is developing the condo and hotel project with Chinese partner Dalian Wanda Group and the 1,191 foot-tall tower is scheduled to open this fall along the Chicago River east of Michigan Avenue.

Magellan was enjoying his successful condo sales with more than $20 million worth of sales contracts signed in the past five weeks before he started getting worried about the coronavirus epidemic. He had this to say about it: "The landscape is literally changing day to day, but we are optimistic that this too shall pass."

McHugh is among several Chicago construction companies that in recent days have begun discussing ideas for keeping sites safe from the coronavirus spread. New steps include eliminating shared offices on sites, moving foreman and safety meetings to the phone, beefing up cleaning of job trailers, not eating together during lunch breaks, and adding hand-washing stations and sanitizers throughout sites.

On Tuesday, the city granted a waiver of its usual prohibition of early morning construction work downtown, allowing “quiet trades” such as drywall installation and other indoor work to begin before 8 a.m. This will help stagger work shifts to limit the total number of workers on a site at any time.

Contractors are using non-contact, digital laser thermometers to check workers’ temperatures as they arrive on the site. At least one firm is considering investing $10,000 to $20,000 for an infrared camera that could monitor the temperatures of 40 to 50 workers at a time.

“By the nature of our business, we think if we’re diligent we should be able to function fairly normally as long as our supply lines last.”

Tom Cuculich's organization represents more than 10,000 employees of general contractors, subcontractors and suppliers in the greater Chicago area, including some in Wisconsin and Indiana.