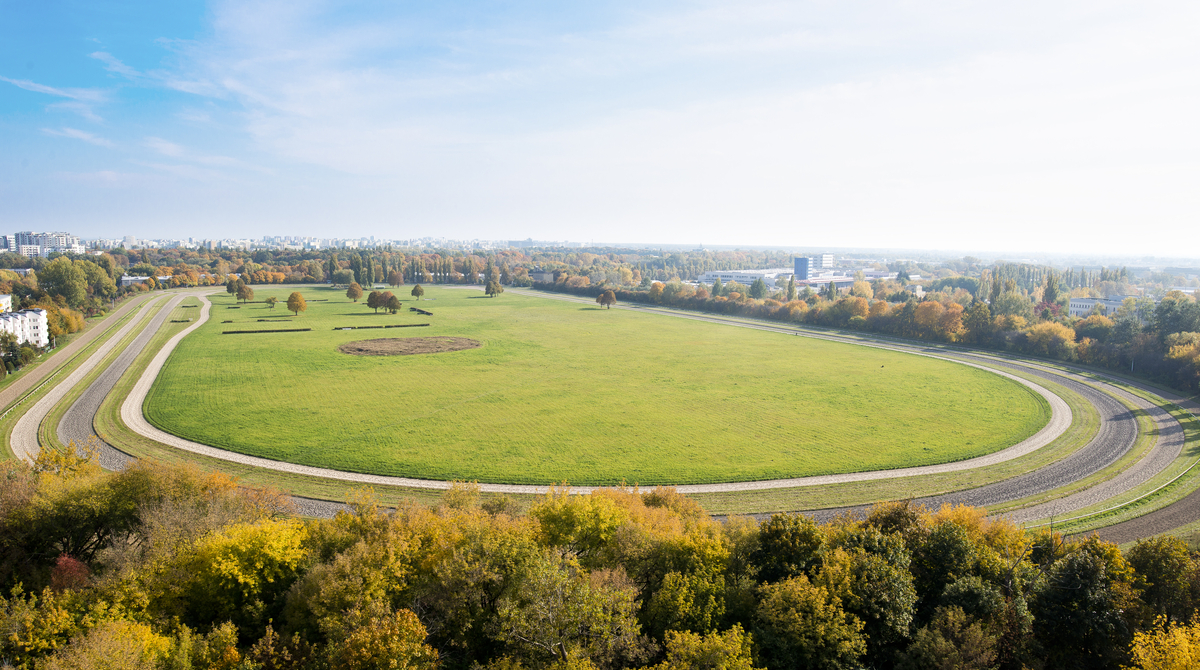 The Chicago Bears signed a $197.2 million agreement to purchase Arlington Park Racecourse. The team and Churchill Downs Incorporated signed a Purchase and Sale Agreement for the entire Arlington Park land parcel in the village of Arlington Heights.

According to the Chicago Tribune, this purchase agreement will take the team a step closer toward securing property for a new stadium and leaving Soldier Field.

Churchill Downs announced the sale price was $197.2 million and they anticipated closing the sale in late 2022 or early 2023.

Soldier Field is owned by the Chicago Park District and holds 61,500 fans. This is the smallest capacity in the NFL and has been home to the Bears since 1971. The Bears would also be able to use the 326 acre property around the stadium for shopping, dining and entertainment.

"Much work remains to be completed, including working closely with the village of Arlington Heights and surrounding communities, before we can close on this transaction. Our goal is to chart a path forward that allows our team to thrive on the field, Chicagoland to prosper from this endeavor and the Bears organization to be ensured a strong future. We will never stop working toward delivering Bears fans the very best experience. We will continue to provide updates on our progress at the appropriate time."

Chicago Mayor Lori Lightfoot wants to keep the Bears in Chicago and in June mocked the team's interest in Arlington by tweeting that they should "focus on putting a winning team on the field, beating the Packers finally and being relevant past October.

Lightfoot expressed exasperation with the Bears for not telling her what they want. Lightfoot said the Bears canceled a meeting with her administration last week and haven't told the city what it would take to keep them in Chicago. She would like to keep them here in Chicago and wants to negotiate a deal with them.

The Bears' lease at the stadium runs through 2033 and the Tribune found that the team would have to pay $84 million in damages to the city of Chicago if it breaks the lease in five years. The two sides will likely reach a financial settlement according to Park District officials.

According to Roy Arnold, former Arlington president and CEO of Endeavor Properties told the Tribune last month that his group was one of three finalists in the running to purchase the property. That group wants to keep horse racing but Churchill Downs was interested in limiting competition for Rivers Casino, the Des Plaines gambling venue that Churchill Downs owns.

"This has been an extraordinarily competitive bid process. Congratulations to the Chicago Bears for their professionalism and perseverance. It is clear they are committed to an exciting vision for their team and their fans. We wish them the greatest success and are excited for the opportunity this brings to the Village of Arlington Heights and the future economic development of this unique property."

Mayor Lightfoot, in the meantime, is committed to keeping the team in Chicago but doesn't want to kick taxpayers around, with a price tag in the billions.

Professional football could be a big boost to existing businesses in the Arlington Heights area and also bring in more businesses and restaurants.

Sportshandle reports that the Bears surprised many in June by bidding on the Arlington Park property, but recent reports have shown the organization at odds with the Chicago Park District - which runs Soldier Field - regarding upkeep and improvements, most notably the creation of a sports betting lounge at the stadium. The Bears made BetRivers their official sportsbook partner in June and Rivers Casino - in which Churchill Downs has a majority stake via a $407 million deal in March 2019 - their official casino partner through a deal with Rush Street Interactive.

Since starting the sports betting in March 2020, Illinois has quickly positioned itself as a top-three market nationally for handle, setting a high-water mark of $633.6 million this past March. It also finished second ahead of Nevada and behind only New Jersey in both April and May of this year. Illinois is also one of only four states to go over $5 billion in handle in the post-PASPA era that dates back to May 2018.