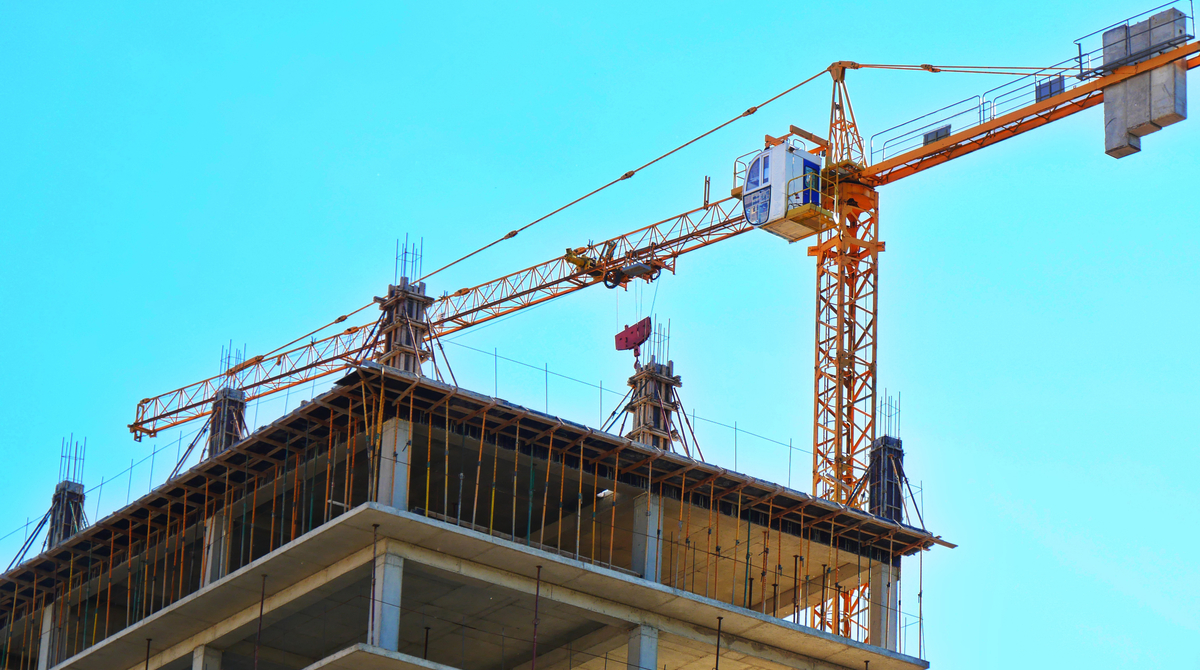 A five-story, 100 unit apartment building is under construction in downtown Fox River Grove but work has stopped after the footings for the building and foundation walls were put in. The project cannot continue until the village signs off on the final plans.

An article in the Daily Herald states that work on the apartment complex, which is being developed by Grove Residences LLC at 401 Algonquin Road near Route 14, has stopped with only the concrete frames of the first two floors and the underground parking lot constructed. That is all the village has approved so far.

The village needs to sign off on the final plans. Developers have submitted the plans and the staff has reviewed them. Now the village is waiting for the developers to submit the revisions for final approval according to the Village Administrator Derek Soderholm.

Kirk Rustman, a representative for Grove Residences LLC stated that it is common for developers to begin construction before the final permits are approved. Once the permit is approved, he said construction would take roughly 10 months.

"We are looking forward to getting going again soon. Every aspect of planning has its own challenges, but we have worked through the system, and it's going to be a good project for the whole community."

Soderholm stated that he is optimistic that the process would be completed in time for construction to resume by June.

The developers received a demolition permit in August and a limited permit in November that allowed the current foundation to be built.

Due to the fact that the scope of this project is larger than any other recent building project in Fox River Grove, Soderholm said it was difficult to gauge how unusual it was for a developer to work through plan revisions for months even after beginning construction.

McHenry County Board member, Joe Gottemoller, an attorney who specializes in zoning and development issues, agreed with Rustman that it was not unusual for a developer to begin foundation work prior to receiving the final permits.

What was unusual about this project was how high the initial foundation construction was.

Joe Gottemoller stated that they weren't just digging a hole here. That doesn't mean they can't build higher. And he suspects there's places where that is done regularly, but not around here.

While village officials say this new development will bring new residents to Fox River Grove, resulting in additional sales tax revenue and new businesses, neighbors on Concord Avenue behind the proposed apartments have a number of concerns.

One concern raised by residents was that the Fox River Grove Fire Protection District, which has a station next door to the unfinished apartment building, wasn't equipped to handle potential issues atop a five-story structure.

Fox River Grove Fire Chief Robert Kreher confirmed that the department did not have a ladder that size but his concern was the project's size. He stated that there are no other apartments the size or scale of that in the village and no building over three stories tall.

The fire district had not yet reviewed the plans for the building to assess its fire risk.

According to Sopkgu, Grove Residences LLC purchased the parcel at 401 Algonquin Road in 2021. A demolition permit was issued in August. In November, a permit allowing the construction of footings for the building and foundation walls - but nothing else - was approved.

The plan is for two floors of indoor garage in the basement and five floors of apartments, each floor with 20 units.