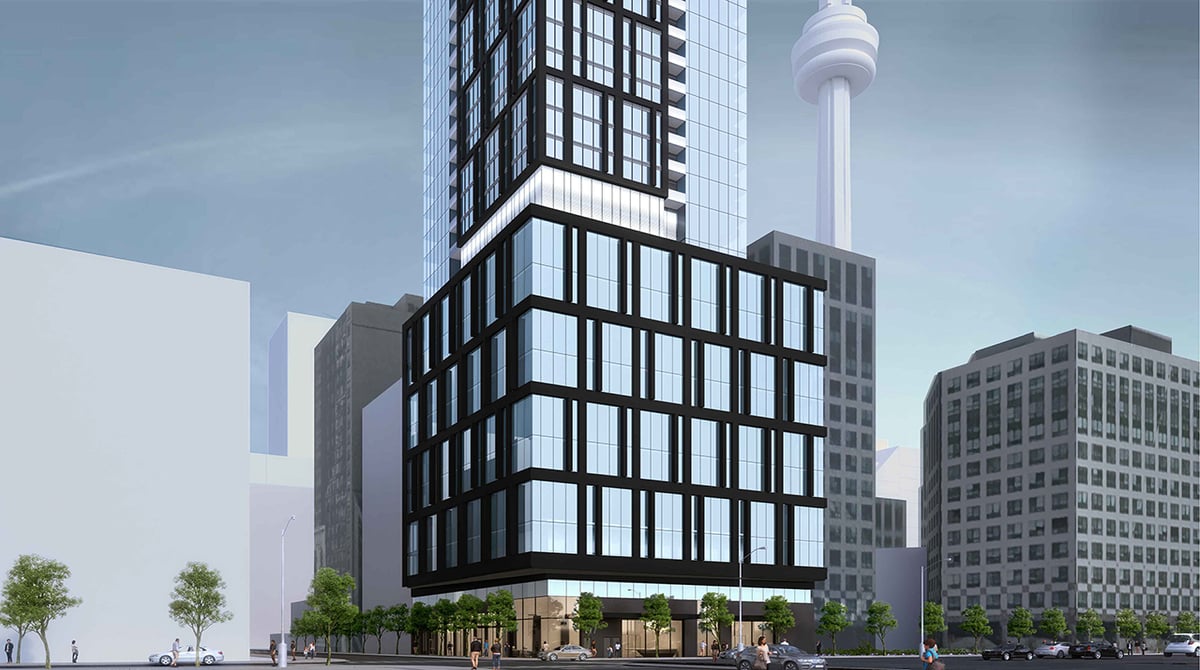 Reserve Properties, Westdale Properties and the Rockport Group have submitted a Zoning By-law Amendment to build a 66 storey mixed-use building at the southeast corner of Wellington Street and Blue Jays Way. (Rendering above courtesy of IBI Group and the City of Toronto)

An article in Toronto Storeys states that Reserve and Westdale are also the developers behind the Pharrell Williams-endorsed untitled Toronto project that is slated for Yonge and Eglinton.

At this time, the site at 277 Wellington Street is occupied by an existing 9 storey glass and steel office building which used to house the popular Cora's restaurant before it closed its doors due to the pandemic.

The proposed development consists of the following:

- 116 square-metres of retail use at grade

- 9,169 square-metres of office space within the 9-storey podium

- 37,170 square-metres of residential gross floor area with the tower

The vertical tower portion would rise from the ninth floor and include various structural setbacks. The residential component would consist of:

- 22 spaces would be shared visitor and commercial spaces

Livabl Market News reports that separate lobbies and elevator bays would be included for the office and residential portions off of Blue Jays Way.

According to Urban Toronto, exterior finishes include a main building envelope of blue-tinted glass, with silver-tinted glass accents, plus a syncopated grid of dark metal panels for articulation.

The ground floor would feature a mix of glass, dark gray stone panels and a metal canopy. The mid-tower amenity floors would feature clear glass.