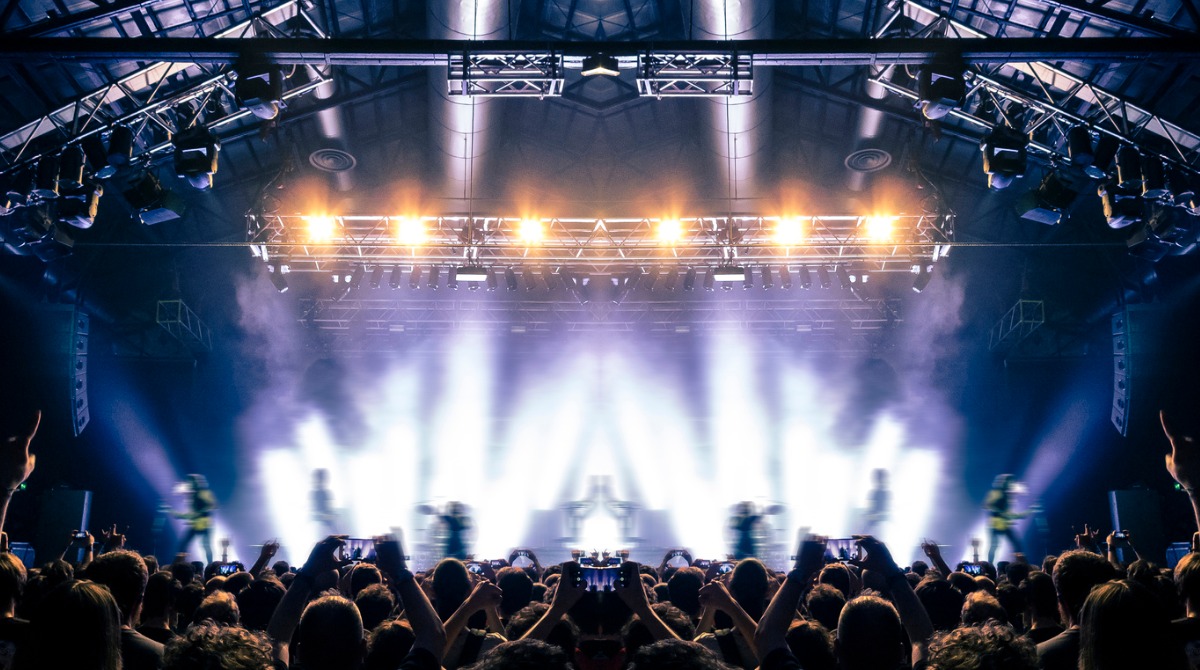 Morton Salt's former warehouse along the Chicago River could soon be hosting concerts after a $50 million redevelopment plan was approved by the City Council. Friday's vote was the final step Chicago developers Blue Star Properties and R2 needed for allowing non-industrial uses for the former salt storage facility. The site is on 4.25 acres on the city's North Side.

An article in the Chicago Tribune states that Chicago restaurant and entertainment group 16" on Center is planning to put on concerts at the Elston Avenue property and are hopeful that they can transform this building into a premier music venue.

The complex can hold 3,600 people inside one of the former salt sheds and 7,000 people outside. Multiple events can happen at the same time such as a wine festival outside and a show inside.

"We're very optimistic about the future of live entertainment and live experiences in general. We want to redefine what a live music experience is in Chicago. Having that fairground allows you to have some food, walk around, look at some jewelry or books, and after the show you have a drink on the river or take a boat ride. It is a magical type of place. At night it's beautiful."

16" on Center owns concert venues Empty Bottle and Thalia Hall, along with Revival Food Hall and restaurants including Longman & Eagle and The Promontory. The company does not plan to operate the bar or restaurant that is planned in a brick former garage structure along the river.

The developers right now are in talks with groups such as breweries, coffee roasters and small manufacturers of products such as furniture to lease space in the main brick structure.

Morton Salt sold the property in 2017 to R2 for $15 million and has leased a 20,000 square foot research and development space.

The project is expected to begin by this summer and the developers have lined up construction financing which is expected to be finalized next month. The first tenants could move in by early next year and the indoor events venue could be open by late summer of 2022. The are also hoping to be able to do some socially distanced outdoor events this summer if possible according to Golden.

This is the second project disclosed by 16" on Center during the pandemic. The company is planning  to operate a food hall and put on events in the Old Post Office redevelopment including some on the 3.5 acre rooftop park.

Skydeck is another investor in the project. They are the investment arm of Michael Polsky's family. Polsky is CEO of sustainable energy firm Invenergy.

The Morton Salt storage and packaging warehouse shut down in 2015 after it was used for 86 years. The distinctive sign of the little girl with the umbrella will stay as will most of the existing structures. The developers are seeking Chicago landmark status for the building. The Commission on Chicago Landmarks earlier this month voted to approve preliminary landmark status.

By formally landmarking the building, restrictions would be placed on how the building is altered but it would preserve the unique structures and create tax incentives for the developers.

The total cost for the project is about $50 million which includes property acquisition and at least $30 million in construction costs according to Golden.

The developers have already done work to gut, repair and reinforce the structures. Workers have removed most of a second 50 foot tall former salt shed which was too dilapidated to save. A portion of it has been preserved and will be used as a band shell for outdoor shows.