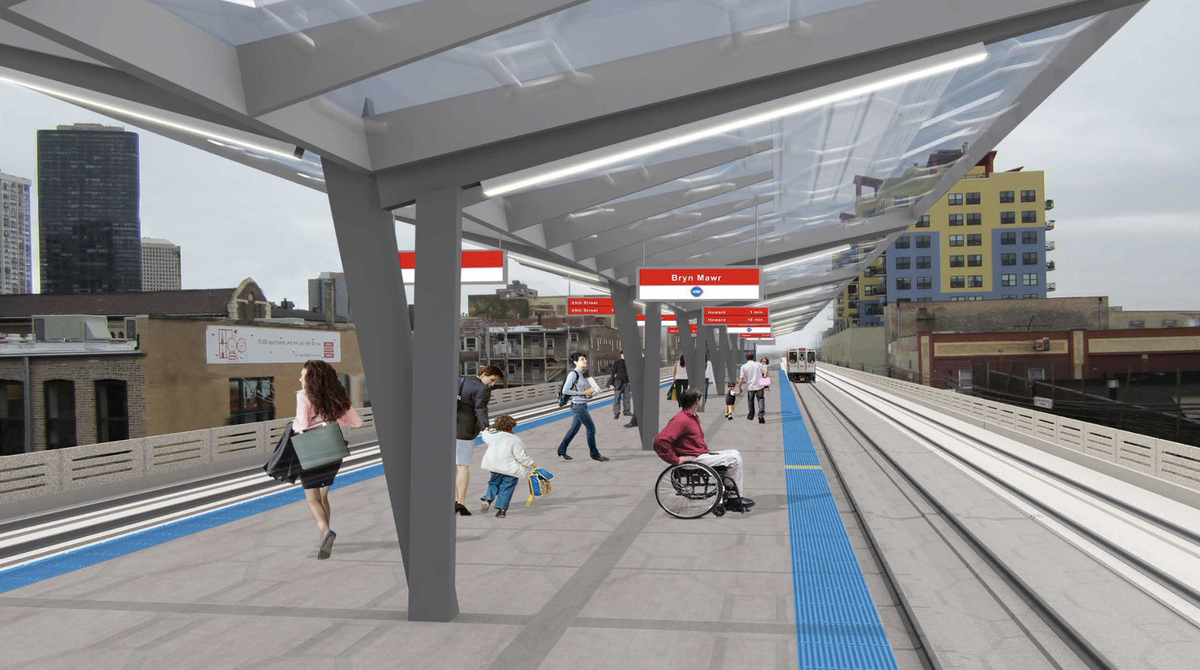 Construction has just started on the $2.1 billion Red-Purple Modernization project in Lakeview. This will be one of the largest reconstructions in the history of the Chicago Transit Authority per Chicago Curbed.

The project will include rebuilding a six-mile section of tracks between Lawrence and Bryn Mawr stations and creating a new rail bypass bridge just north of the Belmont station.

"CTA customers will see a significant improvement in service with increased accessibility to rail service, less crowding on trains and rail platforms and shorter commute times."

The first phase is expected to finish in 2025 and will include the following three major components:

- A new bypass, to be finished in 2021, and then reconstruction of track lines between Belmont and Newport/Cornelia, which should finish around 2024. These improvements will help to streamline service.

- The four station reconstructions will ensure they are accessible for people using wheelchairs, families with strollers, and elderly people. The improvements will include larger stations with wider platforms.The major track work from Argyle to Bryn Mawr will begin in late 2020 and finish in 2024.

- The installation of a new signal system on 23 miles between Howard and Belmont that will improve reliability and flow.

The existing infrastructure was built in 1907 to connect what was called the Ravenswood Line (now called the Brown Line). Installing new tracks, a new signal system and a new bypass bridge will help direct Brown Line trains that must cross over Red and Purple Line tracks north of Belmont Station.

According to ABC7 Chicago, the modernization project will fix overcrowding issues on the line and will make the line safer and faster for the 1.5 million riders who use it every weekday.

The project will be paid for through a combination of federal funds and tax increment financing.

Red and Purple line service is expected to continue through all the construction.

Per the Chicago Sun Times, three years ago, then Mayor Rahm Emanuel managed to get $1.1 billion in federal grants to modernize the CTA's Red Line and then persuaded the City Council to authorize a transit tax-increment financing district to provide the local matching funds and signed the ordinance to show its commitment.

"This modernization project will be disruptive. We're gonna be closing streets and alleys...It's gonna be noisy. It's gonna be dirty. But we're also doing everything we can to mitigate those impacts. There's gonna be delays but once this work gets done, the benefits to the community are ten-fold."

Mayor Lightfoot has stated that this project will have eight more Red Line trains per hour during rush hour, 7,200 additional customers per hour during that time period and a 60% increase in train speeds. Unfortunately, CTA riders and North Side residents must endure five years of short term pain to realize the long term gain.