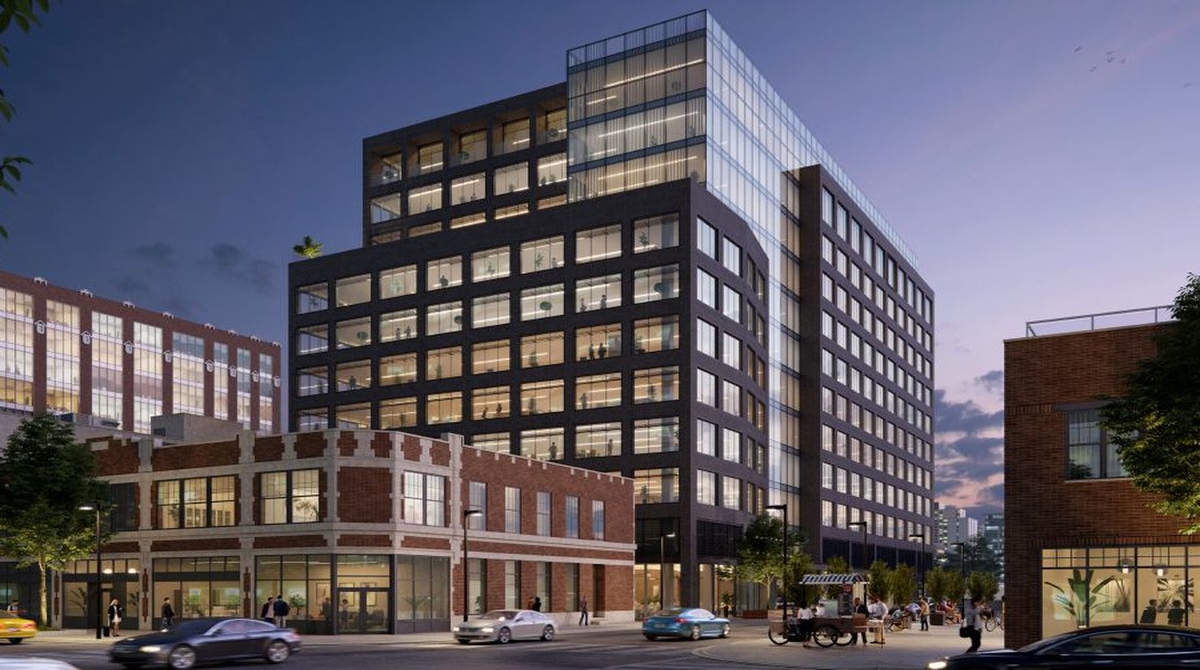 Construction is ready to start on a 13 story office development that is replacing the former AmeriGas propane facility just east of the Ace Hotel. Chicago's Mark Goodman & Associates and New York based partner Tishman Speyer are the developers on this project according to Chicago Curbed.

Many West Loop office buildings are breaking ground at this time and this project will join other developments including 167 N. Green, 333 N. Green, 318 N. Carpenter and West End on Fulton. Work is also going to be started shortly on an 18 story office tower at 800 N. Fulton Market.

Per MSN News, although Goodman and partners have not yet announced any tenants for this building, it was one of several commercial developments rumored to be in the running for an expansion of Google's Fulton Market headquarters.

According to Crain's Chicago Business, tech giant, Google, is talking to developers in the Fulton Market area about doubling its office footprint to around 1 million square feet. The company has been eyeing a series of proposed developments.

Google has been in Chicago since 2000, but its growth has picked up in recent years. It has nearly doubled its employees to more than 1,000 since it moved from River North to Fulton Market four years ago. It was mostly a sales operation at the time but is now more than one-third engineers. The company plans to beef up its local team with more engineering jobs and hoping to tap into Chicago's pool of Midwest engineering talent that is more affordable and easier to retain than on the coasts.