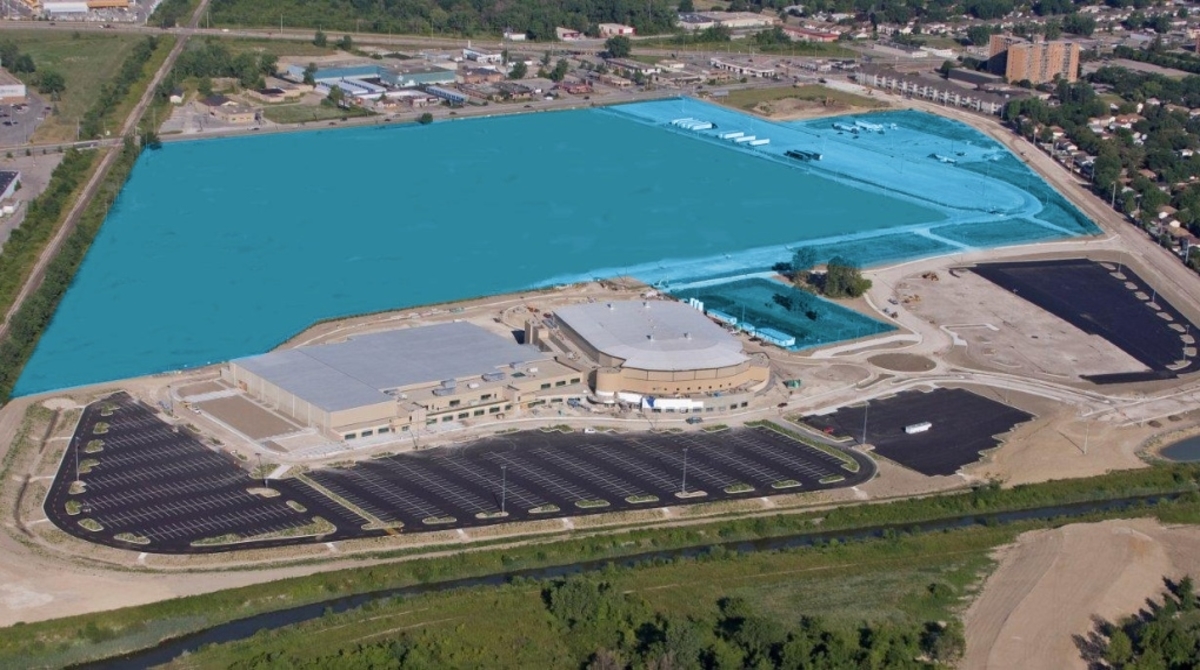 Farhi Holdings will start working on one of the largest development projects in Windsor's history. There will be 100 building lots for single family homes, seven condo/apartment buildings with a total of 442 units plus commercial buildings and possibly even a hotel. Work will be starting this fall and Farhi plans to have the foundation work on the first of the seven condo buildings finished in November. The location of this project will be at the former GM Trim plant on Lauzon Road per Windsor Star.

There will be a total of 543 homes with a total value of $200 million to $220 million. Original plans back in March showed 397 homes but have since been revised. The 543 homes will consist of the following:

- Five condo-type buildings with a total of 230 units

The developer has already started environmental studies, costly remediation to deal with some contamination and also zoning and Official Plan changes on land that has been vacant for the past 14 years.

City Council helped get this project moving by approving up to $10 million in incentives from the city's Brownfield Development Community Improvement Plan. This plan rebates the tax increases that happen when someone turns an industrial wasteland into something more valuable.

Farhi has owned this land since 2005 when he bought about 100 acres and sold 40 acres to the city for construction of the WFCU Centre. Three years ago, the city needed more land for parking and possible future expansion of the WFCU Centre and agreed to purchase 14.5 acres from Farhi that was conditional on Farhi moving forward with developing the remaining 45 acres.

According to Windsorite.ca, a storm water retention pond is also being planned with four of the buildings developed around the pond along with 11 single family homes.

The project will see five new roads including the extension of Darfield Road into the site.

Construction of model homes for the single family lots are expected to start the summer of 2020 and residential builders anticipate all single family homes will be completed within three to four years.