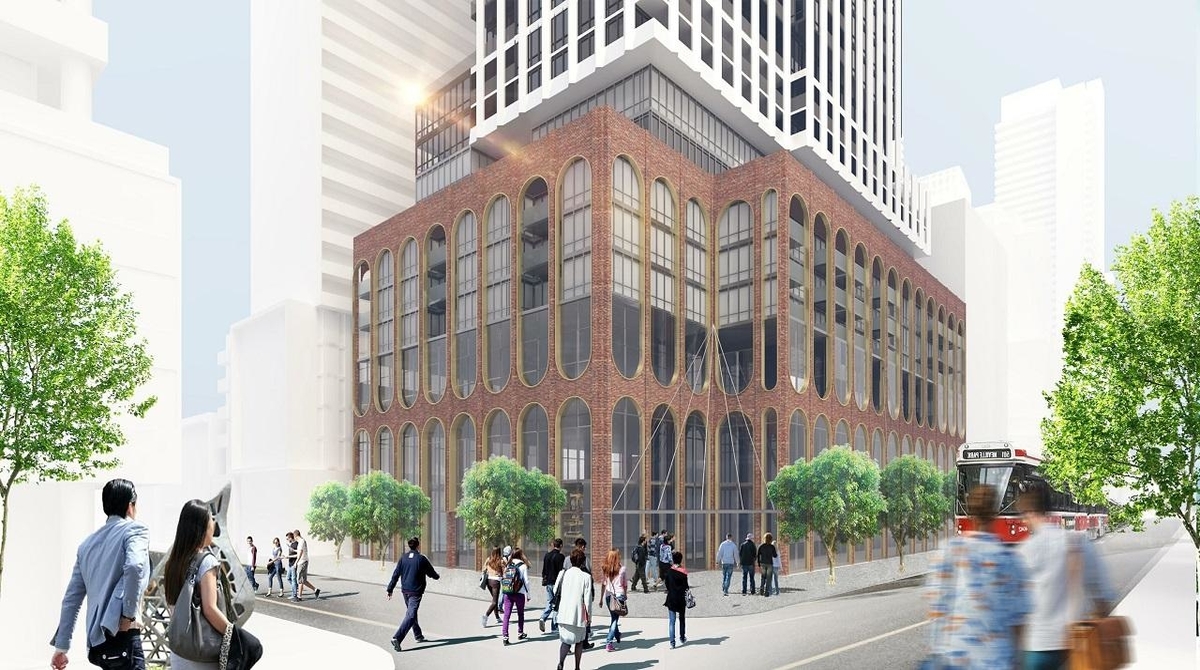 The mixed-use project at 400 King West in Toronto was initially proposed for rezoning in 2017 and then was resubmitted to the City in 2018 and 2019 and has just recently been submitted again. The November 2019 submission called for a new Quadrangle-designed proposal according to Urban Toronto.

A number of refinements have since been integrated into the design even though the plan maintains the overall concept from the March 2018 proposal which called for the building rising to 48 storeys and containing 620 units.

The most outstanding feature of the architectural diagrams is a podium clad in a frame of brick-embedded precast panels forming a pattern of capsule-shaped, multi-storey openings for windows and balconies.

Above, the tower would be finished in a frame of white precast panels around a window wall cladding system with vision glazing and back-painted glass spandrel panels.

The complex would also include the following:

- 25 for retail and visitor uses

The developer on this project is Plaza and the architect is Quadrangle.