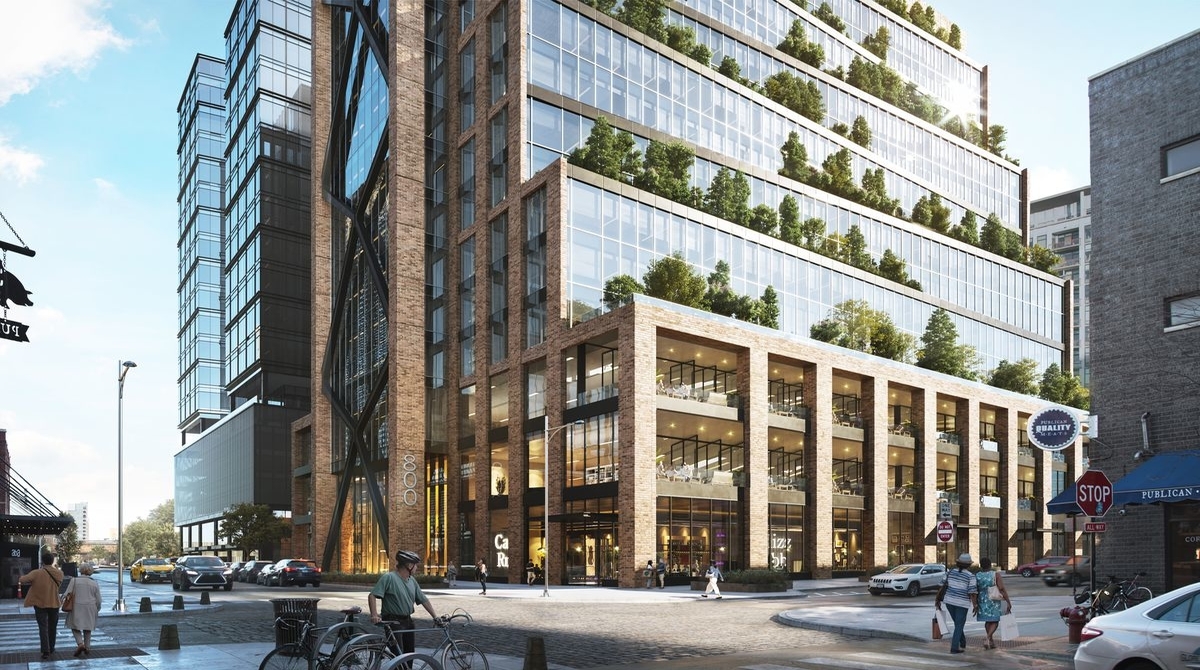 Groundbreaking took place this week on a huge 19 story office tower planned at the Fulton Market gateway. Joint venture developers Thor Equities and QuadReal were there for the groundbreaking along with Alderman Walter Burnett Jr. per Block Club Chicago.

The building is located at 800 W. Fulton Market Street and will include the following:

The structure will be built on a block-long site and is expected to be completed in the spring of 2021.

The site used to be the old Isaacson & Stein Fish Market and previously included meatpacker Morreale Meat and the Mid nightclub.

Isaacson and Stein left the West Loop in 2016 after being there for more than 80 years.

In June, the City Council approved the tower amid objections from West Loop residents who thought the project would increase traffic congestion and would make it unsafe for pedestrians.

The existing buildings on the site were demolished this past summer.

According to RE Journals, the mixed-use building which was designed by Skidmore, Owings & Merrill, has a varied facade that cascades down to match the existing street level and will have stepped terraces. Their goal with this design was to create a gateway into the historic Fulton Market District with a space that would integrate seamlessly into the fabric of the growing neighborhood.

Looking for Mixed-Use Projects in the Chicago Area?