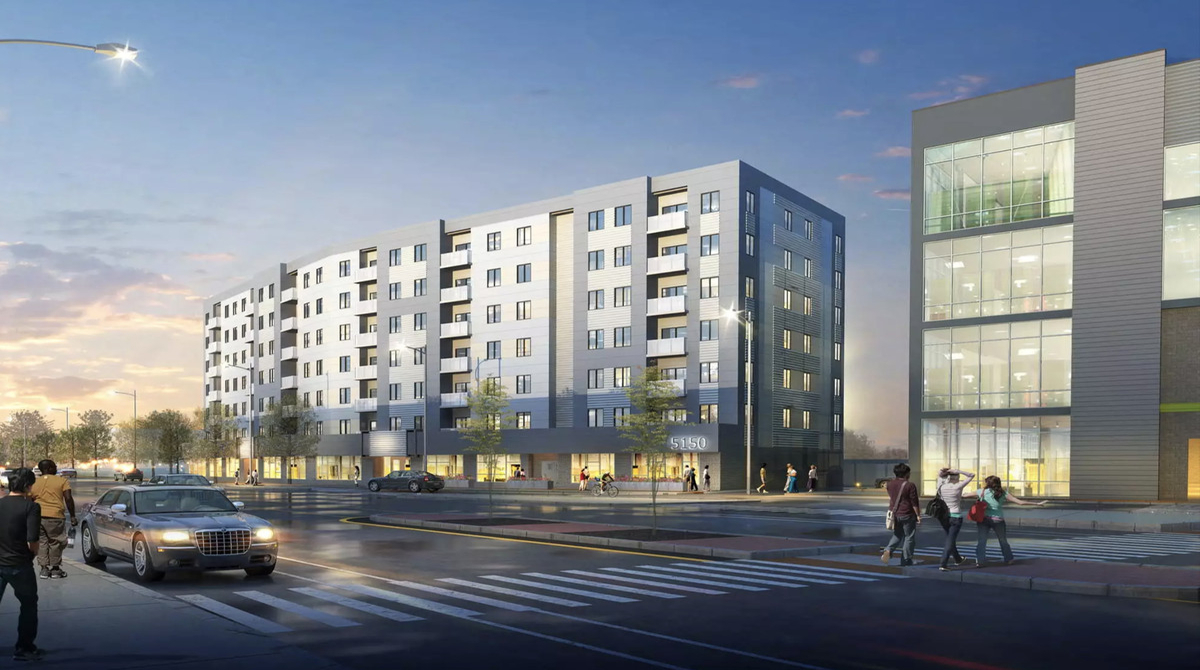 A new seven story, mixed-income apartment complex in Jefferson Park has started excavation after a four year delay. Joseph J. Duffy Company was picked by Full Circle Communities to do the construction of the 75 unit building. The location is 5150 N. Northwest Highway according to RE Journals.

The developer will offer housing for veterans, people with disabilities and working families. The following apartment types will be available:

- All will include full baths and kitchens

The construction phase for the building is based on a lump sum contract with Duffy and was designed by Cordogan, Clark & Associates.

The apartment building will include the following features:

The building will have a structural steel and precast plank superstructure and clad with Silbonit FRC panels and cast stone exterior.

Per Nadig Newspapers, the reason for the long delay was due to the initial plans that called for only a self-storage facility on the parcel but former Alderman John Arena had the site downzoned to stop the plan and the property's owner, LSC Development then sued the city.

On November 19, the Chicago Housing Authority gave final approval to $21.5 million in housing assistance payments over a 30 year period for the project. There is also talk about a coffeehouse and food counter on the ground floor.