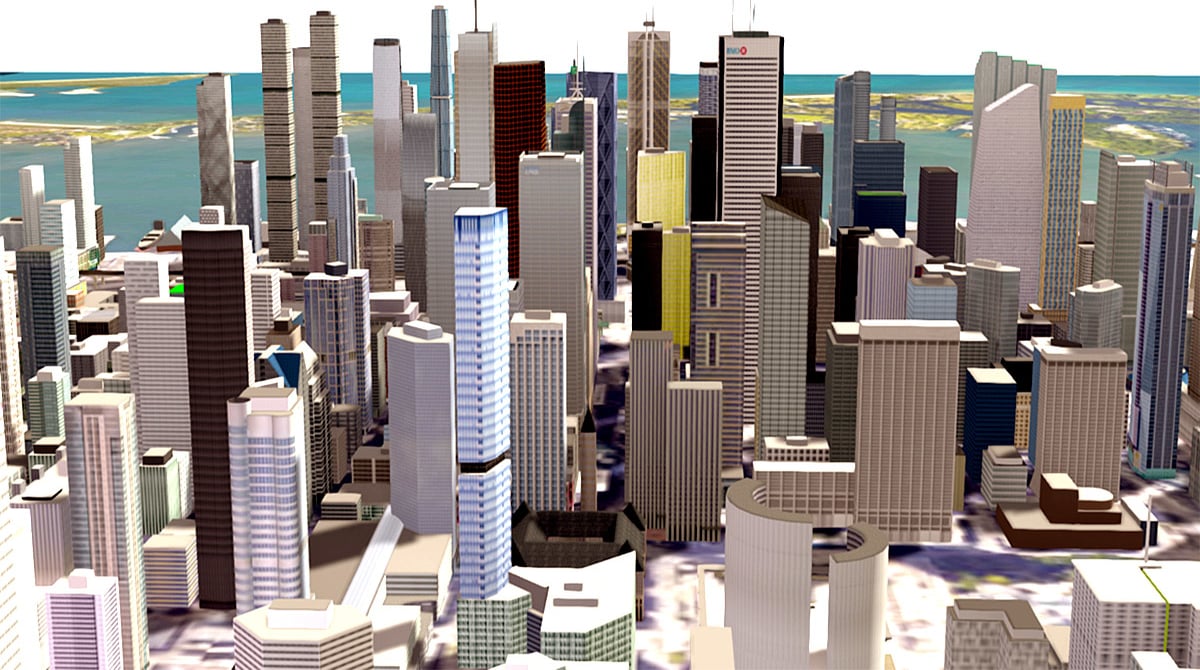 A proposal was submitted four weeks ago by Northam Realty Advisors who were requesting rezoning for a condo tower that would rise from the top of the 1983 built Bell Trinity Square Office complex which is located at 483 Bay Street in Toronto. New renderings have just been released by IBI Group architects.

The new renderings offer a better picture of the pattern of staggered rectangular vertical frames that make up the tower's exterior expression and is pulled apart at the corners for strips of inset balconies according to Urban Toronto.

The following features will be included:

- Level 15 would house the indoor and outdoor amenity spaces

- The floors on the tower above will have ten suites each. Nine suites on the 29th and 30th levels which will also be ringed with trees and have a wood-tone soffit overhead

A 15 storey-high elevator core would be built just beside Bell Trinity Square's existing atrium. Residents would ride these elevators to and from the ground with a transfer to the new building at any level from 11 to 15 where a full sky lobby and amenities will be located. 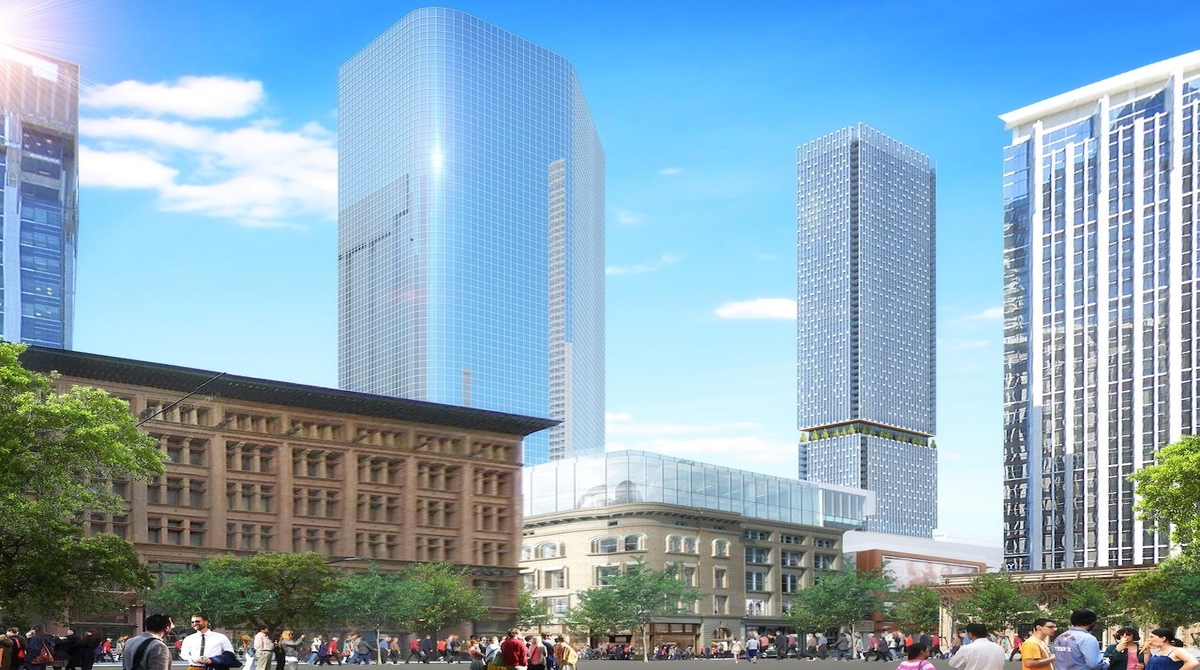 The tower is east of Toronto City Hall and the total height of the building will be 226.63 metres putting it in the 36th place among all skyscrapers in Toronto.

Per Toronto Storeys, the tower is located north of Nathan Phillips Square and due to this location, it will not overshadow the square at any point during the year or impact the view of Old City Hall's clock tower.