$5 Million Athletic Facility To Be Part Of Obama Presidential Center 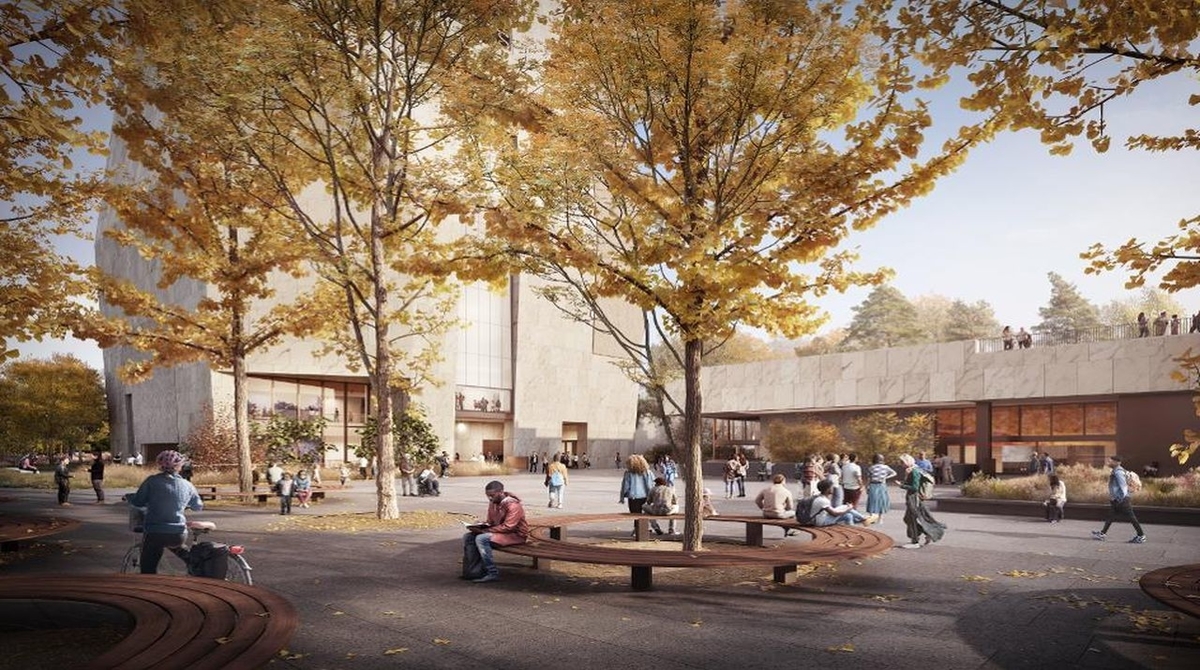 The Obama Presidential Center that is being planned for Chicago's Jackson Park will be the first presidential library to include an athletic facility. Nike is giving $5 million to the Obama Foundation with the intent to create a public space for physical activity on the center's grounds.

The designers of the Obama Presidential Center, Tod Williams Billie Tsien Architects Partners, have already gone to the Nike's headquarters in Beaverton, Oregon and will be in discussions with Nike over the design for the athletic facility according to RE Journals.

The newly established Program and Athletic Center will invite the community to use this facility year round, highlighting the importance of teamwork and exercise through sports. It will provide programming partnerships with local institutions, such as Hyde Park Academy, the South Side YMCA and the Chicago Park District Field House.

The designers will be partnering with Interactive Design Architects on the architecture and design of the Obama Presidential Center. Michael Van Valdenburgh Associates will lead the landscape architect team in partnership with Site Design Group and Living Habitats. The Obama Presidential Center will be located within historic Jackson Park. Initial plans state that the center will occupy less than 20 acres of the 547 acre park with the built structures occupying less than 3 acres.

Per Newsweek, the new facility will feature the following:

"As President Obama declared when he unveiled his plans for the center, 'It wouldn't be the Obama Presidential Center without a place to play some ball'."

Some highlights of the Obama Presidential Center include the following:

- A plaza for hosting live performances and festivals

The Presidential center is expected to cost around $500 million and so far has been hampered by the lack of funds secured for the project.

The library was initially predicted to begin construction in 2018 but has been delayed due to the foundation's struggle to raise the finances to break ground on it.