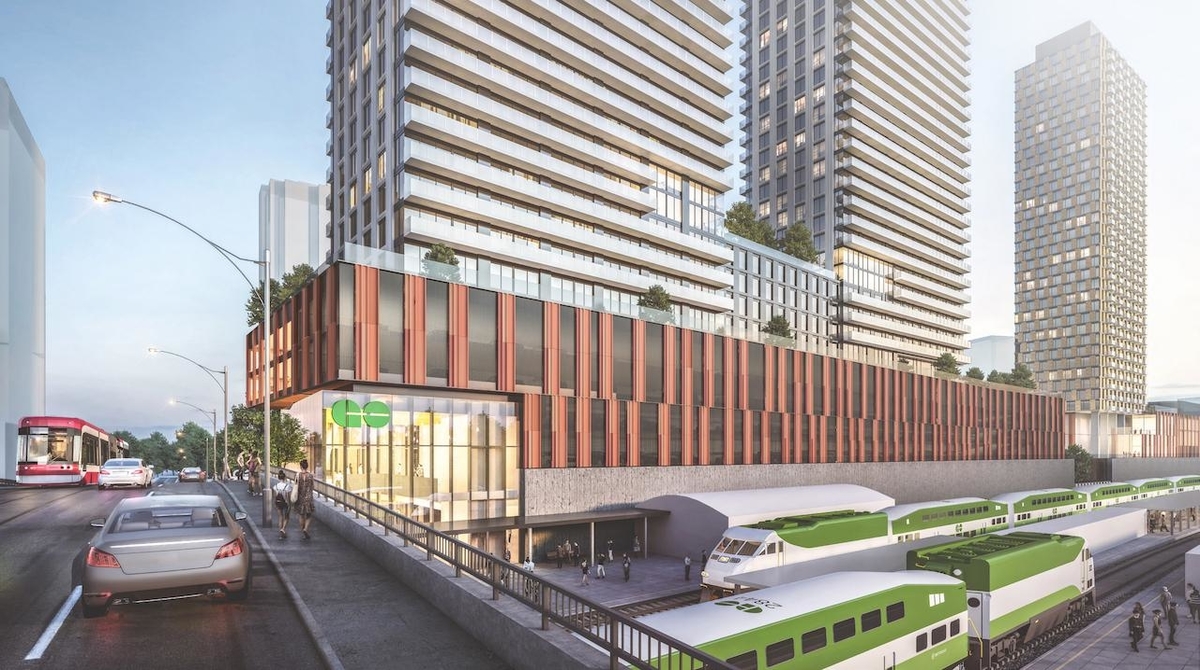 Carlyle Communities and Slate Asset Management have submitted an application to the City of Toronto to rezone 6 Dawes Road into a mixed-use complex which will have three residential towers standing at 49, 46 and 40 storeys alongside a community centre and entrance to the Danforth GO Station.

Currently, there is a self-storage facility and a strip of land where this project would be built per Toronto Storeys.

According to Urban Toronto, the proposal would include the following:

- Remaining 5,233 m2 is planned as a six-storey community centre at the east end of the site.

The new recreation centre would replace the existing Main Square Community Centre and would keep the same name. The modern replacement would include the following:

An improved platform will also be built for the Danforth GO Station and a new entrance will be integrated into the development at the west end of it where Main Street crosses over the rail corridor. Next to the new community centre, there will also be a mid-block privately-owned public space (POPS) that would help to connect to Danforth Go at the east end. Residents will get a direct connection to downtown Toronto to the west, or Scarborough and eastern GTA suburbs to the east. Plus the Main Street subway station is in walking distance to the north.