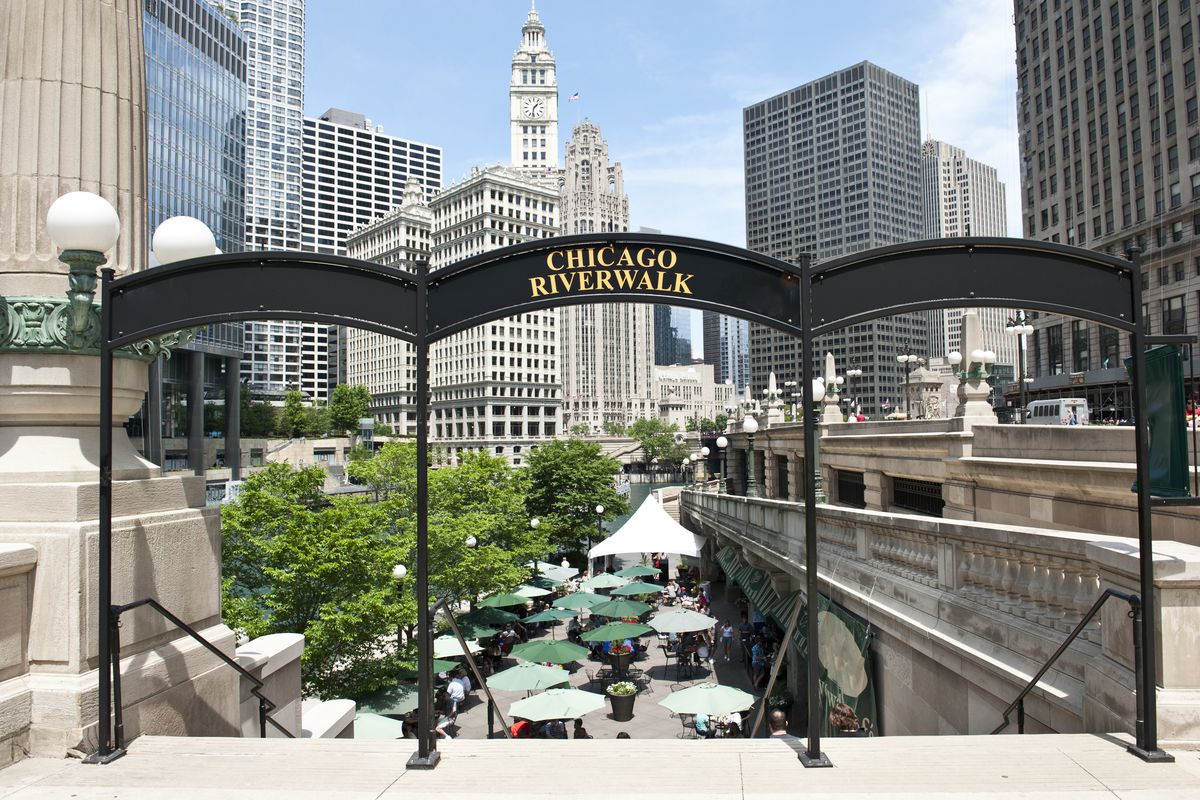 Mayor Rahm Emanuel is planning a $10 million facelift for Riverwalk East to match the newer western segments per Chicago Tribune. This is the area of Riverwalk that goes from State Street east to Lake Shore Drive. The plans call for the following improvements:

- Public art to mask much of Lower Wacker Drive's underbelly

- Glass elevator to be installed

- New restaurants and bars would be built

Four businesses on the eastern end are contributing more than $2.3 million toward the Riverwalk revamp in exchange for long-term leases along this area that has become a top outdoor destination downtown.

"The Riverwalk has kind of almost a split personality. There's a before, and there's an after. The whole goal: Two years from now, you won't think of it as two separate parts, and both will be inviting and both will be good for the city."

Businesses such as City Winery and Tiny Tapp are exceeding original projections of revenue due to huge numbers of people that regularly visit Riverwalk. Revamping this old stretch of Riverwalk has become an obsession with the Mayor. The long section of Riverwalk between Lake Shore Drive and Michigan Avenue dates back to the early 1970's. The area between Michigan and State that includes the Vietnam War veterans memorial was completed in the middle of the 1990's under Mayor Richard Daley who had a vision of continuing the walkway further west. Mayor Emanuel did accomplish this in 2013 and secured a $99 million interest free loan from the Obama administration. This loan enabled City Hall to begin work on building Riverwalk further into the Chicago River by redesigning the seawall and bringing the walkway down to the water's edge. This loan will be repaid by the city over the next 30 years by the Riverwalk businesses.

Looking for details on this project and others in the Chicago Area?

Riverwalk's old section is 12 to 15 feet above the water's surface and even though Emanuel would like this part to be closer to the water, that is not included in the new plans. Most of the improvements will be cosmetic and businesses will install upgraded facilities including bathrooms.

Many trees will be planted and a tiered seating area will be installed according to the city's hired design firm, Muller2. The walkway will be brought to the seawall's edge with more mature trees planted near the road to silence the noise from the traffic.

Aaron Gershenzon, co-owner of Urban Kayaks, which operates on that end of the Riverwalk, said "Right now, there's just some grassy areas but not really any defined public spaces, so you have just people sitting all over the grass and dirt. Having some designated areas where people can sit and have a nice time will be great."

A monument will be installed recognizing submarines that were manufactured in Wisconsin after Japan's attack on Pearl Harbor in 1941. These submarines passed through Lake Michigan and the Chicago River, then down the Mississippi River and out to the Gulf of Mexico and eventually to the Pacific Ocean for use in World War II. The statute will be paid for by a private group presently trying to raise money. 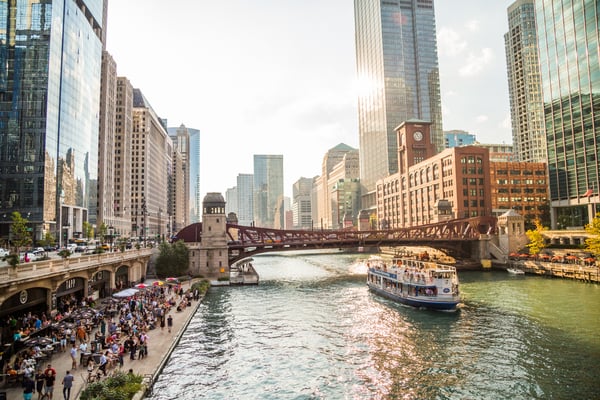 When the Vista Tower was approved, the developers for Vista Tower agreed to build a walkway connecting the tower and the Lakeshore East development with Riverwalk. They also agreed to building a glass elevator structure taking people from upper Wacker Drive down to the Riverwalk. Four businesses have signed contracts offering millions of dollars for landscaping, path improvements and new fencing along the seawall in addition to the new restrooms and paying for water and sewer connections to help their businesses grow.

"We're really trying to leverage our vendors. Within their footprints, it's clearly their responsibility and then we're filling in the gaps. So, yeah, $10 million is going to be skinny, but I think if we're creative, we can do it in a way that really stretches a buck."

On the eastern side, the city is offering 10 year leases with the possibility of two more five year extensions. In exchange, the businesses will pay for alot of the improvements. It is to their advantage because of the tremendous return they will reap. For example, City Winery did $1 million in business for July alone, a new record for the Riverwalk. The city estimates that the two Urban Kayak businesses will eventually make more than $2 million per year and the city will take a 10 percent cut of the restaurant business and a 7 percent cut of the kayak rental business by the end of the deal. If Urban Kayak signs on for the two five year extensions that will be offered, the city will increase their cut to as high as 14 percent.

According to ABC7 Chicago, the newly designed area is expected to open to the public by 2020.

"The Riverwalk changed the way people interact with the Chicago River, transforming the waterfront into the city's next recreational frontier. The riverfront investments we are making will make the entire 1.25 mile stretch inviting to residents and visitors, increase recreational opportunities and continue to promote economic growth."